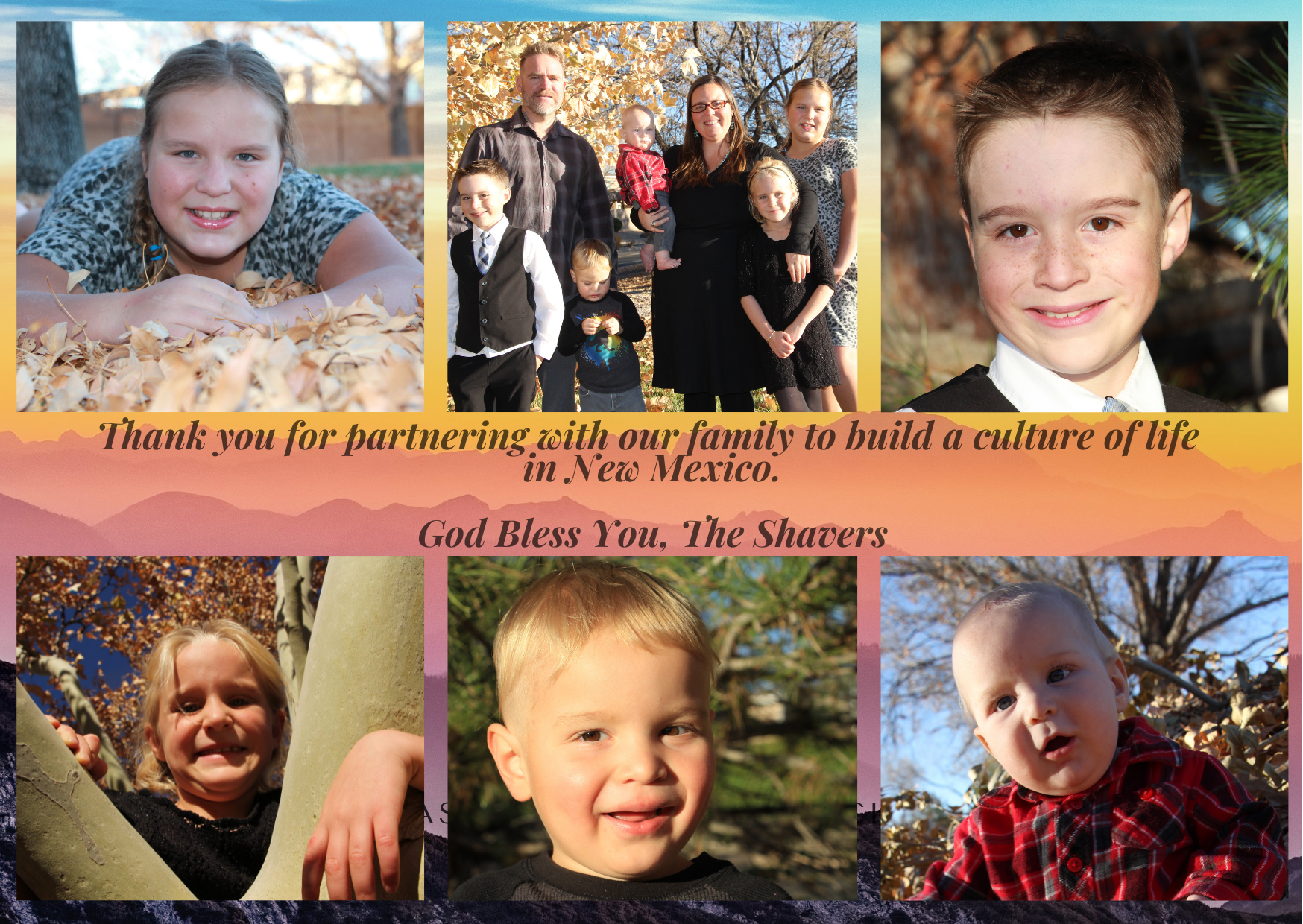 Since 2007 Bud and Tara Shaver have been dedicated in their work to see an end to abortion in America. Commissioned by Operation Rescue to Albuquerque in 2010, they are implementing several proven strategies, in an effort to make New Mexico, “Abortion Free.” They have redefined the American mission field and their Pro-Life efforts have been featured in virtually EVERY major news source in the country.

Bud and Tara strive to keep Christ at the center of their efforts.

Our ministry is Christ centered and grace filled. There are many ways to get involved, our prayer is that you will join us in our life saving ministry. Bud and Tara Shaver

The Albuquerque Journal, New Mexico’s most prominent newspaper did a profile piece on our efforts:

“We ultimately want to bring our culture and community in New Mexico to a point, not where we enforce our will on New Mexico,” Bud said, “but where New Mexico understands and embraces a culture of life.”

Read the full profile piece by the Albuquerque Journal: Bud and Tara Shaver take no prisoners in their ‘culture of life’ campaign

Since moving to Albuquerque, New Mexico in 2010 our work has consistently led national Pro-Life efforts:

Protest ABQ is already making an impact both locally and nationally! To read (and) watch news coverage:

Thank you Operation Rescue for helping to expose the truth.

“Abortion Free New Mexico was one of the first national groups to sound the alarm regarding the experimental COVID-19 injections and the risks posed to pregnant women and their babies. It is now common knowledge that there are major concerns about these shots, except among those who are willfully turning a blind eye to what is clearly unfolding before us,” stated Tara Shaver, spokeswoman for Abortion Free New Mexico.

Watch Two Interviews with the Whistleblower:

Highlights of the Past 11 Years of Ministry in New Mexico: