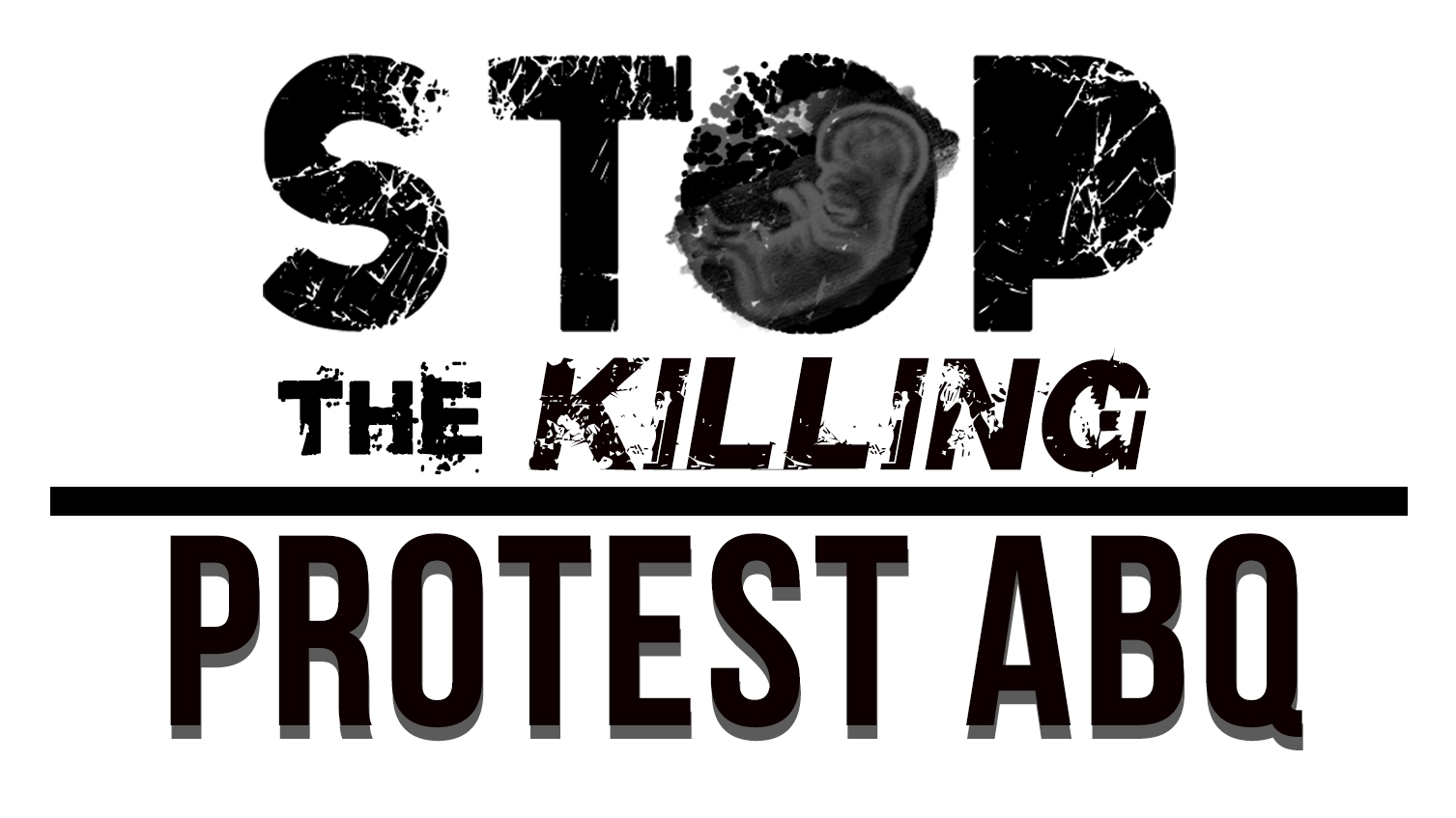 (We will be hosting a press conference on Tuesday March, 11th at 4pm (MT) at the UNM abortion clinic.)

Albuquerque, NM- Project Defending Life is announcing a new public awareness campaign: PROTEST ABQ. This new campaign will utilize “abortion victim photography” and other public awareness efforts, in response to the failed ban on Late-Term Abortions on November 19th. Through strategic and sustained focuses PROTEST ABQ is going to reach deeper into our community to educate Albuquerque and New Mexico residents about the businesses and individuals that are keeping abortions in our community.

Fr. Stephen Imbarrato, founder of Project Defending Life issued the following statement,  “It is time to get serious about protesting the killing of our little brothers and sisters in the womb. These protests will be peaceful and constitutionally legal. We will not condone violence of any kind by anyone in this campaign. Indeed, we are protesting the use of violence…against babies in the womb. We will peacefully protest this violence.”

As part of this initiative (PROTEST ABQ) Project Defending Life is inviting all known and recognized pro-life leaders, groups, and ministries to New Mexico to help us. We will host and provide hospitality to any group or ministry including lodging and food for the duration of your stay here. We are welcoming National Pro-Life groups to come to Albuquerque, NM and do the work they do best. The National groups will work under their own ministry or group banner in cooperation with PROTEST ABQ and Project Defending Life.

While our efforts on Nov. 19th fell short of ending Late-Term abortions in Albuquerque, by maintaining a public and prayerful presence at our local abortion clinics, we have been quite successful at ending abortion one woman, one child, one day at a time. The preliminary abortion numbers for 2012 are 3,134, which is a 627 decrease from 2011 (3761 total) and a 2,590 decrease in abortions in New Mexico since 2007 (5,724 total!)

“As we move forward in Albuquerque, we realize that abortion will end in our city and state, when hearts are touched and minds are changed concerning the killing of the most innocent and defenseless children in our state, those in the womb. PROTEST ABQ is a way to raise this public awareness. If we accomplish nothing else, we must succeed in protesting the evil of our generation…legalized child killing,” stated Bud Shaver spokesperson for PROTEST ABQ.

Hardcore interview with Fr. Stephen Imbarrato and Tara Shaver laying out the vision, purpose and plans of Protest ABQ‘s National Call To Action: National Protests & National Strike Jan. 22-23, 2015! Special thanks to Spectrum for having them on their show!

Note: The Interview in Spectrum starts at time 13:40 – if you would like to skip forward, click here.

Protest ABQ is already making an impact both locally and nationally! To read (and) watch news coverage, click here: