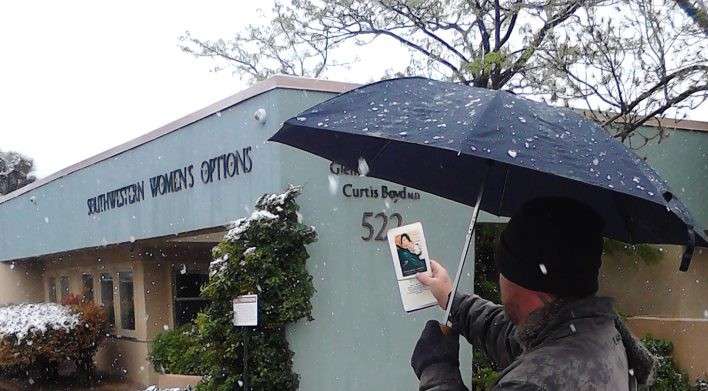 By Bud Shaver (This post originally appeared at Stand For Life)

Within the Pro-Life community…“To use or not to use graphic images, that is the question.” My desire in contributing to this dialogue is not to cause division; while I personally use graphic images everyday as I sidewalk counsel and stand for life out at late-term abortion clinic Southwestern Women’s Options in Albuquerque, New Mexico I would never tell someone that disagreed with me that they had to use graphic images. I believe we should extend grace to those who choose not to. However, my experience is that those who do not use graphic images, they are not as gracious, in fact…they can be some of my harshest critics! The main reason that I use graphic images is because they restore meaning to the word abortion, they change minds, and they save lives.

My wife, Tara Shaver, and I work with Project Defending Life (PDL) a Pro-Life ministry center in Albuquerque, NM that has a vast amount of resources for abortion minded women. I have a rare opportunity to be both out on the street referring women at the abortion clinic to PDL and inside PDL as my wife Tara counsels the women that we reach. My wife makes the point to ask the women what was it that changed their mind, time and time again the graphic images are what penetrated their heart and most contributed in saving their babies from abortion.

This question is usually raised when large numbers of Pro-Lifers plan a major event. Most recently there was an article that surfaced around the March for Life, 2013 in D.C. titled: “Eight Reasons Not to Use Graphic Abortion Images at the March for Life,” by SimchaFisher.

Our convictions must not be shaped by the world, our own emotions, or by our own understanding. They must be shaped by the Word of God. The most brutal and graphic sign the world has ever beheld, is Jesus’ marred and bloody body hanging on a cross at Calvary. So, I am going to examine each of these eight reasons levied against the use of graphic images and examine them as if they were levied against God Himself and His choice to hold the most graphic sign of all…

1. There will be children at the march. I am sure there were children that witnessed Jesus being led through the streets of Jerusalem and at the foot of Calvary. Whether or not children would be present at the crucifixion did not deter God from choosing this graphic display to convict the world of sin, judgment and righteousness!

2. There will be post-abortive women at the march. There were murders, thieves and sinners at the foot of Calvary. In fact these are the very ones that need this sign (Christ being lifted up…to be drawn to Jesus John 12:32.) We are all sinners and need to be continually reminded of what of our sin produced…the death of Jesus!

3. Mothers will be there. Mary, the mother of Jesus, was at Calvary…enough said!

4. Those are real babies. Calvary was real too! In fact we need the truth about what Jesus experienced on the cross to become more real to us each and every day as we are tempted to sin!

5. Public image matters. Did public image matter to God? Jesus Christ was brutally murdered at the hands of sinful men and displayed for all to see. In fact Jesus was ridiculed and mocked on the cross. His own disciples and the apostles scattered and were in confusion after the crucifixion. However, Jesus personally rebuked Peter when Peter told Him not to use Himself as a graphic image! (Matthew 16:21-23)

6. They sometimes push women into abortion. (Personally, this is the most ridiculous! Women who go to abortion clinics are abortion bound, the only question is…”Is it possible for their minds to be changed or their hearts to be penetrated by someone who reaches out to them with compassion and the truth?”) Does Calvary push people to sin more…? I don’t think so! Calvary and its brutality is what penetrates the most hardened hearts! God knows best what convicts of sin, judgment, and righteousness…the brutality of the cross is it!

[I sidewalk counsel and display graphic images out at local abortion clinics in Albuquerque, NM 4-5 days a week “year-round” and I also toured the country with the Survivors Campus Life Tour and visited over 180 colleges and high schools; we used graphic images and educational displays to engage our peers in dialogue about the injustice of abortion…needless to say I have had hundreds of conversations with people and I have never had a woman come up to me at an abortion clinic and say “I was driving down the road happily pregnant until I saw the graphic images you have displayed and I busted a u-turn and decided to have an abortion,” nor have I ever had someone walk up to me and say, “I was pro-life until I saw your graphic images displayed at my college…now I am pro-abortion.” But I have had numerous students come up to me while I was at colleges and high schools and state, “I was  pro-choice until I saw these images, now I totally get it…I am now 100% pro-life!” I have also had numerous women run over to me in tears and say, “Thank you so much for being here! After seeing these images, there is no way that I can go through with my abortion!” In fact, just last week a 16 year old girl came over to us as we were sidewalk counseling out at late-term abortion clinic SWO and say, “I almost did something bad, but I didn’t.”]

7. Desensitization is a real danger — even among pro-lifers. No matter how many times we see a cross and realize the implications of what Jesus endured we will never become desensitized to Calvary! In fact, God chose to leave us His Word to read daily and meditate upon moment by moment the implications of the cross! We should come to the foot of Calvary more often! Let it ever be before us!

The most loving sign the world has ever seen, was held by God Himself, that sign was His Son, Jesus the Christ, bloody and marred beyond recognition. This sign forever declared to the world our sin and draws those who are convicted out of darkness and into the light. (John 12:32) May our concept of love never be fashioned by the world or our own understanding. Our concept of love must be fashioned in light of the cross.

[UPDATED] There are some great resources that defend in depth, the use of graphic images, I personally recommend these:

Stephanie Gray, Executive Director of the Canadian Centre for Bioethical Reform, spoke at the Students for Life of America national conference in January 2014. In this excerpt, she argues for the use of victims photography in efforts to end abortion. 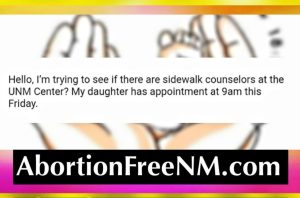 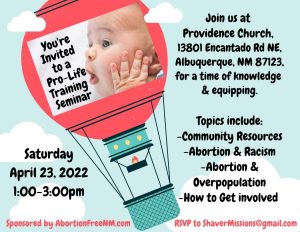