Albuquerque, NM- A new undercover recording released by Abortion Free New Mexico and Priests for Life exposes an unholy alliance between Southwestern Women’s Options late term abortion mill and local clergy. The New Mexico Religious Coalition for Reproductive Choice is the organization that is responsible for facilitating contact between clergy and abortion patients.

In this latest recording, an undercover caller states that she is 29 weeks pregnant with a baby that has a fetal anomaly. She exhibits being a little apprehensive about the late term abortion due to her Catholic faith, but is reassured by clinic staff, “believe it or not“ there is a priest that will come to the clinic before, after and even during her procedure.

The New Mexico Religious Coalition for Reproductive Choice is deceptively using religion to justify and promote abortion (the act of killing another human being) and recently they have published a list of over 70 local clergy that are being used to ease the consciences of women seeking late term abortions. This list includes well known liberal denominations like Unitarian Universalists and also pseudo-Catholic parishes that are not recognized by the Archdiocese of Santa Fe.

“These are false prophets,” said Fr. Frank Pavone, National Director of Priests for Life and President of the National Pro-life Religious Council, which commissioned a book about the Religious Coalition for Reproductive Choice. “Any religion that justifies the killing of a baby is not a religion worthy of belief. Those who pretend it is are using the Lord’s name in vain.”

Curtis Boyd, the owner of Southwestern Women’s Options, has been vocal in the past about his religious background as an ordained Baptist minister and has confessed to praying over the children he readily admits that he knows he’s killing, “I’ll ask that the spirit of this pregnancy be returned to God with love, with understanding.”

Listen to him in his own words here

Early on when Boyd betrayed true medicine and started providing abortions he knew then that having clergy behind him was important. He still sees the value in this today and is greatly benefiting from his collaboration with the New Mexico Religious Coalition for Reproductive Choice.

Boyd has conspired with the New Mexico Religious Coalition for Reproductive Choice to, “meet whatever religious criteria” these women need to keep them in the clinic and ensure that they follow through with lucrative late term abortions.The abortion clinic staff even admits that, “We don’t know how we’d do [late term abortions] without them.” At 29 weeks of pregnancy SWO charges $11,500 and an additional $1,000 each week after that.

“It seems to be the trend now in the pro-abortion community to try and harness a religious undertone to justify abortion and use misguided clergy to reassure women in their decision to kill their children,” said Tara Shaver, spokeswoman for Abortion Free New Mexico. “It used to be that signs reading, ‘Keep your rosaries off my ovaries’ were a common theme to separate religion and abortion, but now late term abortionists are dependent upon groups like the New Mexico Religious Coalition for Reproductive Choice to accommodate abortion patients and give them a false sense of hope that they are making the right decision, when they in fact are not. Clergy who participate in abortion are complicit in the deaths of these children. These are not true of leaders of the faith, but they have denied the truth and are leading others astray.”

Many in this country do not want to believe that abortions are done up to the day of birth, however, in her own words, abortion clinic worker Susan Duda tells the undercover caller that “There are no gestational limits for aborting babies with fetal anomalies,” which means that they will provide an abortion through all nine months of pregnancy.

Duda even sympathisizes with the caller who says she doesn’t want to think about having to deal with raising a disabled child by stating, “That’s a lifetime of commitment.”

Having children is a lifetime commitment but it’s better than living with a lifetime of regret or worse. Operation Rescue reported that a Kansas woman committed suicide last month on the very same day that she had her abortion. 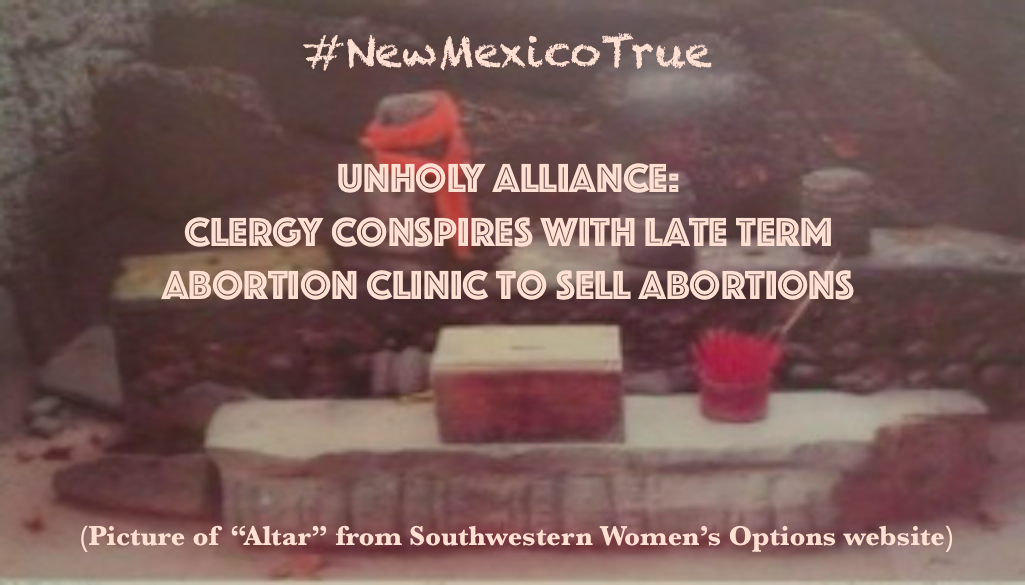