Albuquerque, NM- Sometimes it seems that evil continues to triumph especially in such a corrupt state like New Mexico. However, God is moving across our borders, Tara was encouraged this past week, while in Texas, by the next generation of young people who are passionately and boldly rising up to end abortion and ensure that every pre-born child is valued and protected.

Last week our prayer and fasting campaign extended from New Mexico into Texas, the epicenter of legalized child killing in America and of Curtis Boyd’s child killing empire!  Tara was in Dallas, Texas with Survivors of the Abortion Holocaust, helping to train the next generation to take ownership and lead the charge to end abortion in America- in the very city that this injustice began.

This could not be more timely, as pressure mounts against Curtis Boyd not only in New Mexico but last week also in Dallas, Texas, the birthplace of legalized abortion. The Dallas federal court case known as Roe v. Wade brought us abortion on demand. Dallas is also home to Curtis Boyd’s other abortion mill that he opened and operated illegally PRIOR to the 1973 Supreme court ruling! 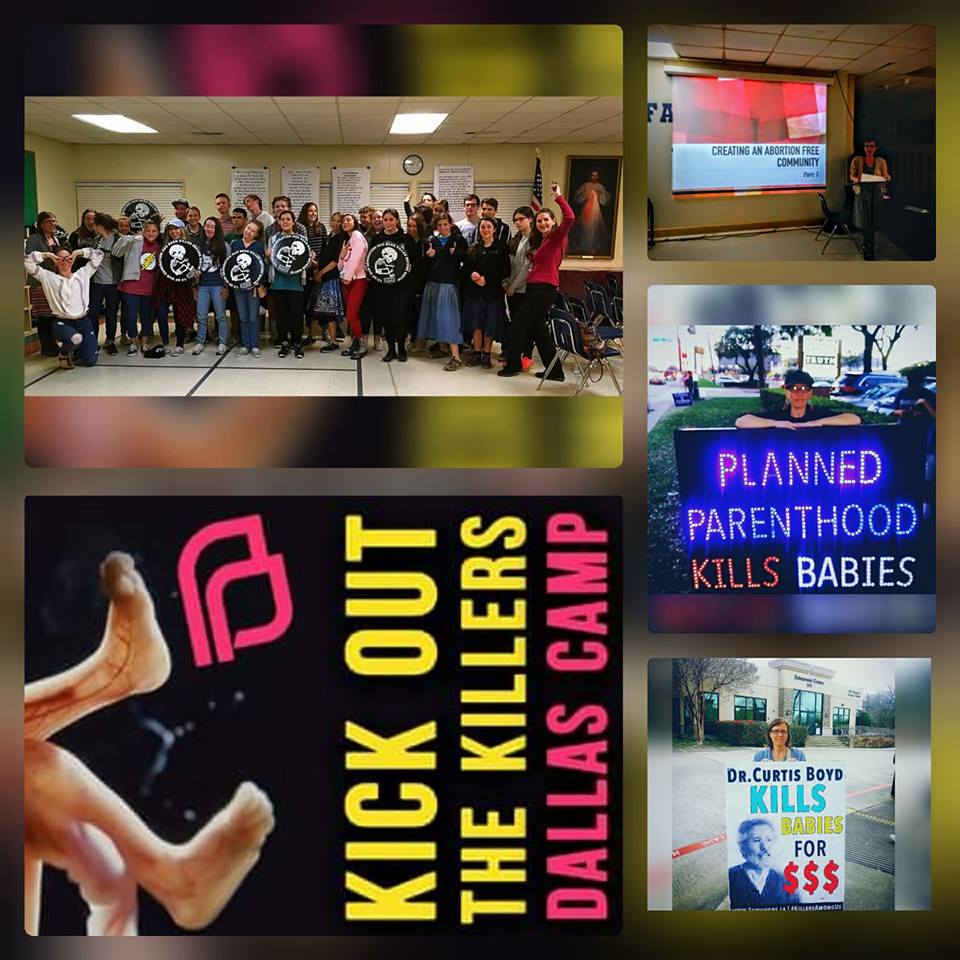 Thank you for standing with us for the babies and for seeking the Lord through prayer and fasting as we ask Him to break the strongholds that are keeping abortion in New Mexico. We know from Psalm 37 that there is no future for the wicked and we look forward to the day when there is no future for Curtis Boyd nor any abortionist in our state.

This week’s scripture reading is from, Psalm 37:7

“Wait patiently for the LORD! Wait confidently for him! Do not fret over the apparent success of a sinner, a man who carries out wicked schemes!”

Let us continue to faithfully pray and fast to fight this battle spiritually to end all abortions in New Mexico, we are trusting and believing that the Lord is already using this united effort to accomplish His will for our state.

Note: Fasting can be done in many ways.

Abortion Free New Mexico has been asked to join in weekly prayer and fasting on Wednesday for an end to abortion in New Mexico until March 28th. We invite those in the body of Christ who are able to join us in this spiritual discipline to break the stronghold and spirit of death that surrounds us.

This is a united effort between both Non-Catholic and Catholic Christians who are committed to ending abortion in New Mexico. For more information during the season of Lent Catholics are encouraged to visit this website.