We have had an incredible month of service to our Lord in many ways here in Albuquerque. Two things that have resonated with us throughout everything we have done is how important perspective and principle are. Having an eternal/kingdom perspective is so vital as we live Christian lives and as we fulfill God’s purposes in our ministry. This has become abundantly clear as we have waged battles on various fronts this month. It is so easy to think with a worldly mindset and to put what we think God can use for His glory into a little box. It reminds us of how an angel responds to Sarah in Genesis 18:14,

“Is there anything too extraordinary for the Lord?”

The Lord can use small efforts, big efforts and even those that seem trivial or out of the ordinary to accomplish mighty things through His faithful servants. Our hearts and minds must be sensitive to how the Holy Spirit is moving and we must allow the Spirit to guide our every step of faith for the glory of God.

This month we have also had to cling to doing what’s right based principle instead of popularity. Proverbs 11:3 tells us that,

“The integrity of the upright guides them, but the unfaithful are destroyed by their duplicity.”

As God’s people we must exhibit and preserve our integrity even in the face of attacks and those who seek to undermine our efforts. God’s word and your prayers have built us up this month as we move forward toward an Abortion Free New Mexico. We have confidence in knowing that our perspective is kingdom focused and that our allegiance is to the God who has made us and called us to this important work of saving lives. Thank you for standing with us.

Join Us In Our Prayer for New Mexico

We want each of you to show this same diligence to the very end, so that what you hope for may be fully realized. Hebrews 6:11 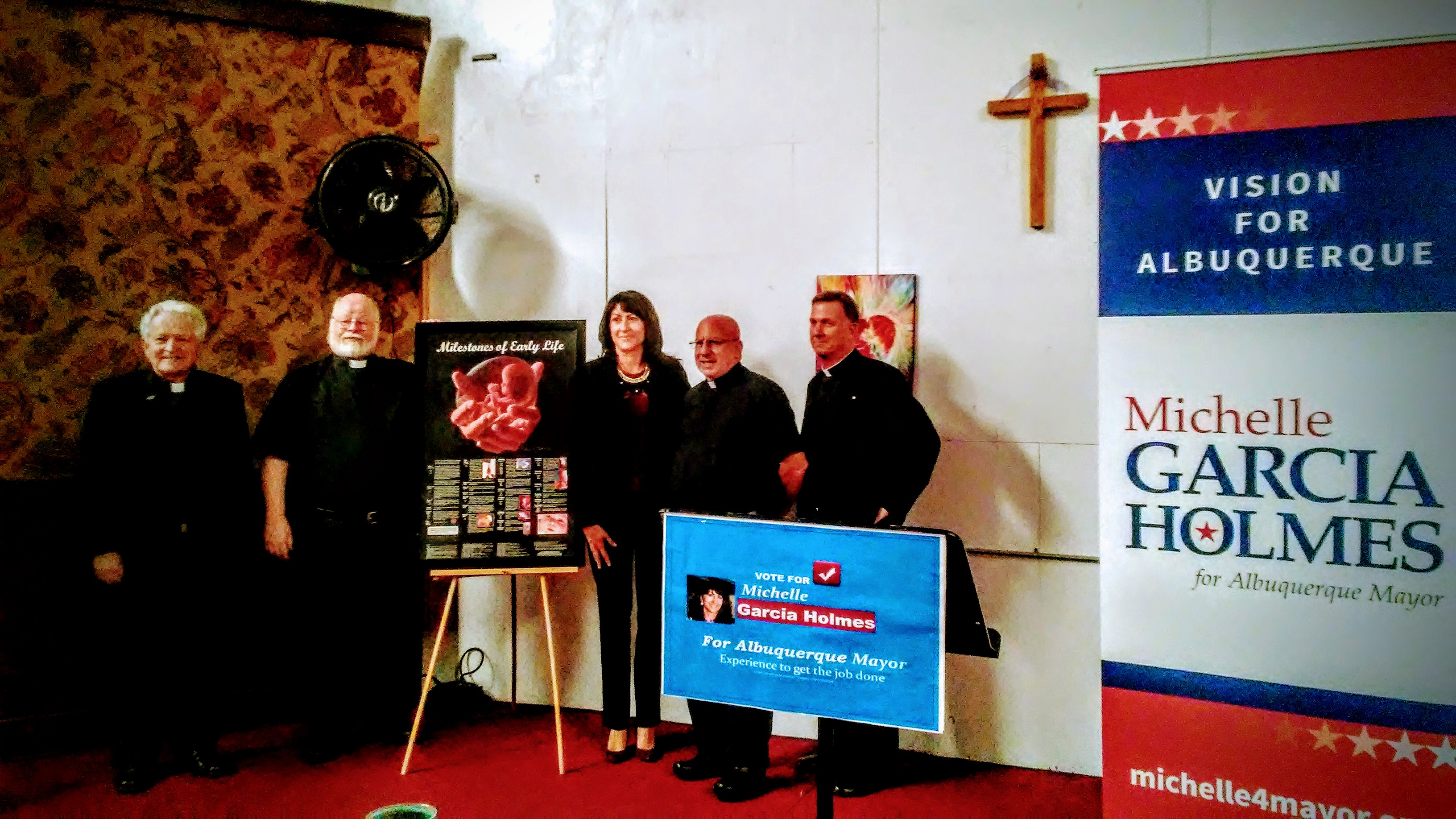 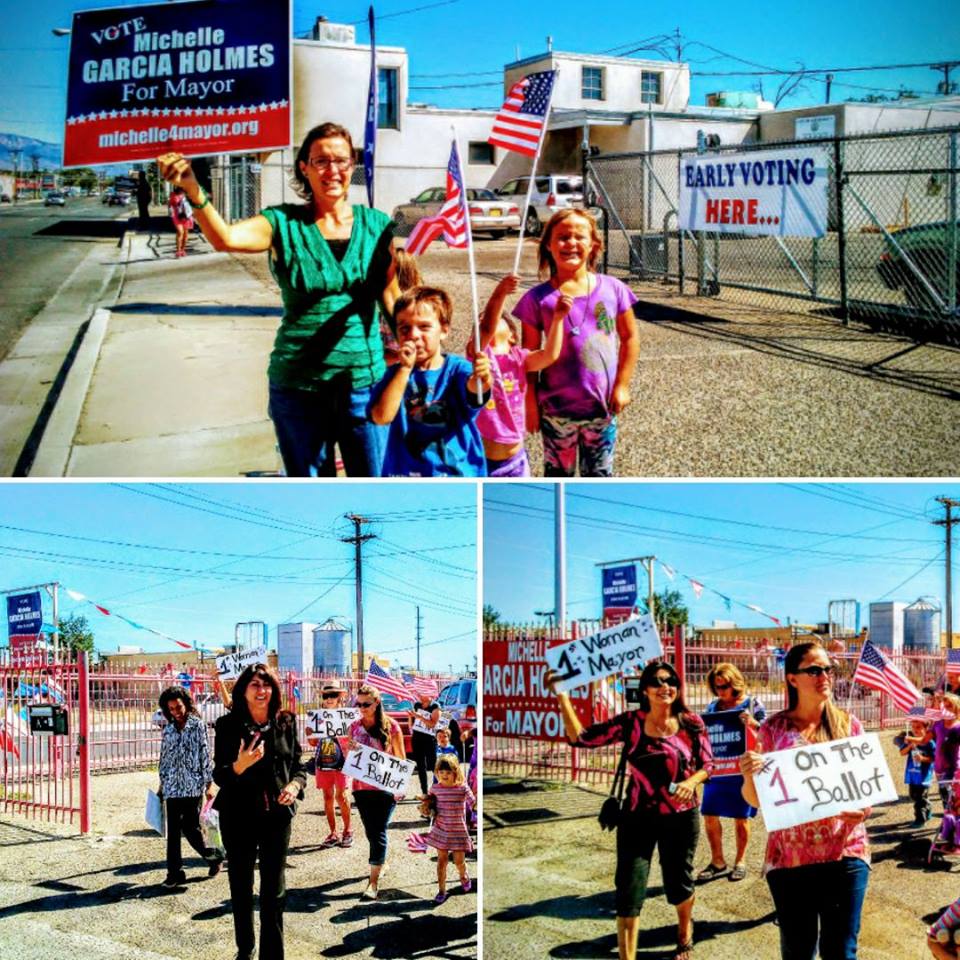 “As a woman, wife and mother who is a resident of Albuquerque, I recognize the need for a mayor who is going to work to turn our city around in the right direction and has the experience to bring the positive change that our city desperately needs. There are many things that plague our city like crime, corruption and late term abortion. In February of this year a 23 yr old woman died during an abortion at 6 months of pregnancy at Southwestern Women’s Options late term abortion center. Late term abortions have no place in our city and put the lives of women at risk who need love and assistance, not abortion. We need a mayor like Michelle Garcia Holmes who truly cares for our city and the people who live here. Michelle Garcia Holmes has made the commitment to work to make our city safe and prosperous for all. We hope that we can count on your support for the first woman mayor of Albuquerque on October 3rd,” stated Tara Shaver, Abortion Free New Mexico. 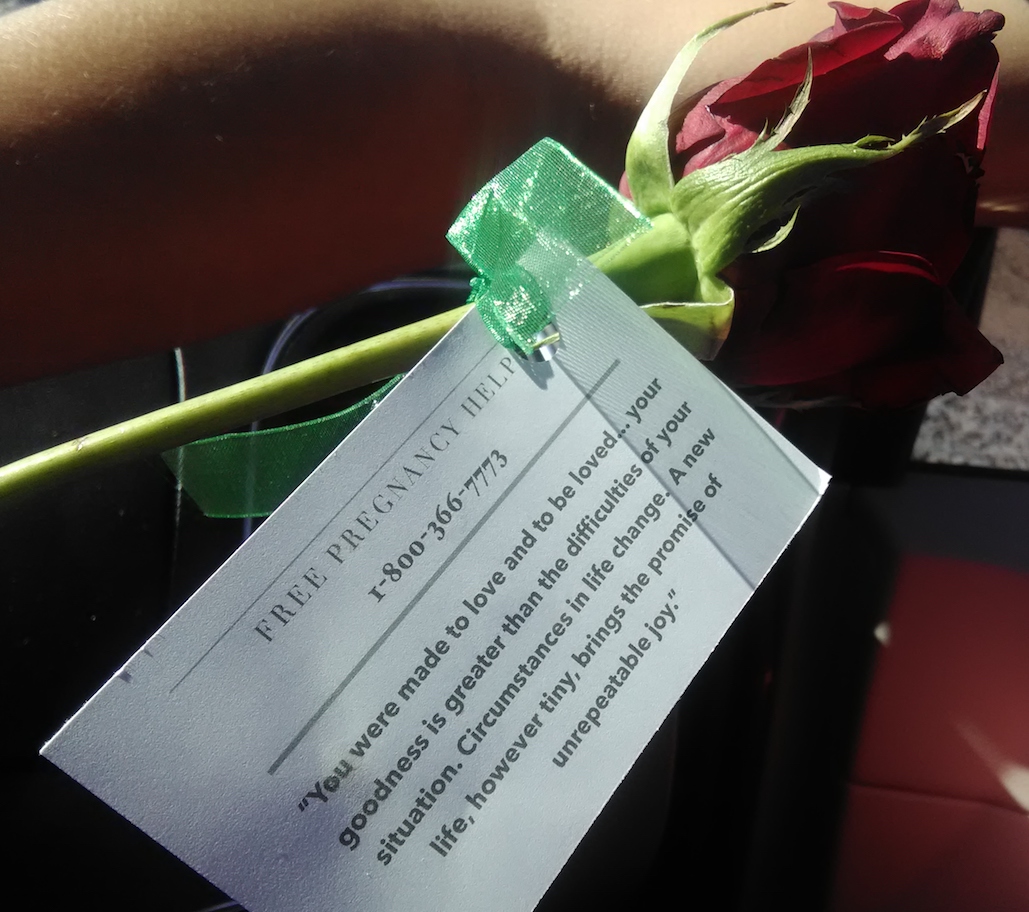 Albuquerque was one of three locations nationwide to participate in the Red Rose Rescue on September 15th.

In Albuquerque, New Mexico two faithful sidewalk counselors decided to set aside the arbitrary boundary outside local abortion centers and peacefully entered the University of New Mexico Center for Reproductive Health abortuary and gave a red rose to a client waiting inside. In addition, the client was lovingly offered life affirming alternatives to abortion. The University of New Mexico is a publicly funded institution and is currently under criminal investigation by the New Mexico Attorney General’s office.  No rescuers were arrested in Albuquerque, New Mexico.

“As pro-life missionaries we have been called to defend life and to rescue those being led to the slaughter. Peaceful direct action to save the lives of these innocent babies and persuading their mothers to choose life is such a beautiful sacrifice. We were blessed to stand in solidarity with the babies, Mary Wagner and fellow Red Rose Rescuers today in Albuquerque, New Mexico,” stated Tara Shaver, Abortion Free New Mexico.

Excerpt from a report by Cheryl Sullenger, Operation Rescue

Rep. Steve Pearce has sent a letter to U.S. Attorney General Jeff Sessions seeking an investigation and prosecution of the University of New Mexico and its partner, Southwestern Women’s Options, the largest full-term abortion facility in the U.S. Pearce’s letter expresses urgency for a Federal investigation.

Pearce was especially troubled about the February 4, 2017, death of Keisha Atkins from a botched late-term abortion she received at Southwestern Women’s Options.

“On February 4, 2017, a woman tragically died at SWWO facilities after receiving a late-term abortion. This raises more questions about the reckless behavior of the SWWO. In 2016 alone, the National Abortion Federation reportedly referred more than 200 Texas patients to New Mexico for abortion related procedures. With hundreds of women flocking to New Mexico to receive these dangerous procedures, something must be done” Pearce wrote.

Tara Shaver of Abortion Free New Mexico uncovered the death of Keisha Atkins, 23, and obtained her UNM autopsy report that wrongly indicated Atkins’ pregnancy – not her abortion – caused her death. However, an analysis of the autopsy report clearly shows that determination was a cover-up of the truth that Atkins died a painful, panic-filled death as the result of complications that could only have resulted from the late-term abortion. 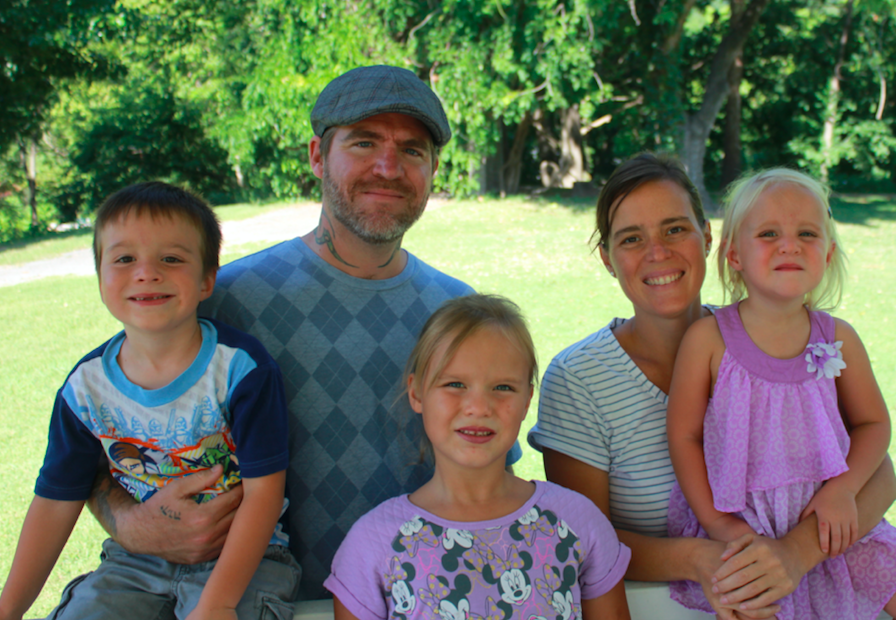 As full time Pro-Life Missionaries we are funded by everyday people like you. Help us continue to stand for life and expose the abortion industry in New Mexico by donating online or by sending a check made out to “Life Ministries U.S.” P.O. Box 50351, Albuquerque, NM 87181