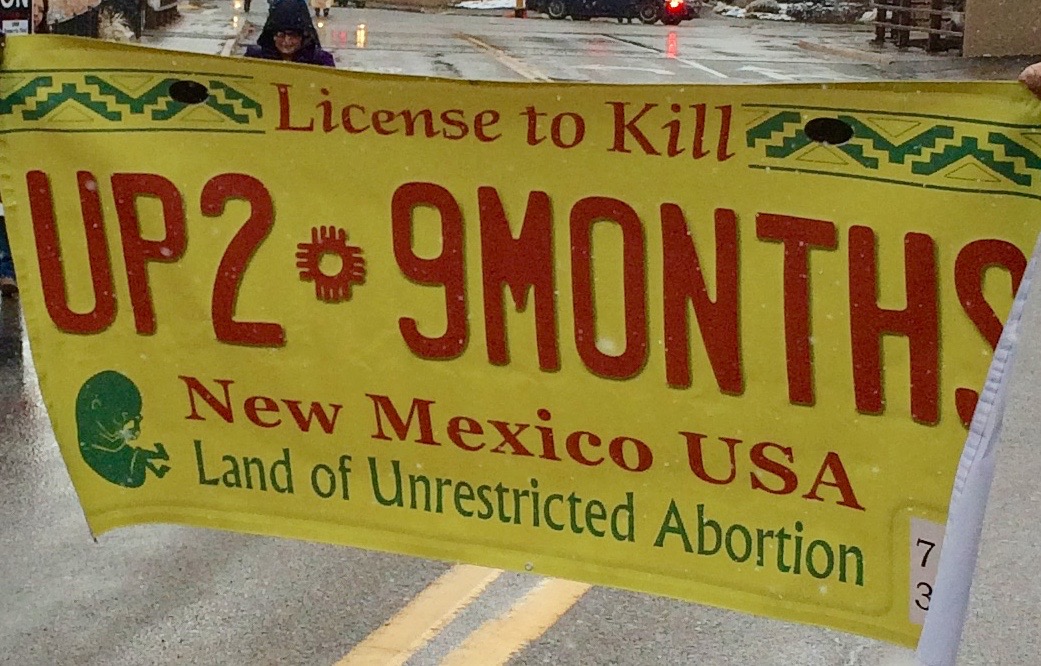 Based on the court decision, New Mexico Right to Choose/NARAL v Johnson, New Mexico Medicaid pays for abortions using state tax dollars for any reason, through all nine months of pregnancy.

Notorious late term abortionist, Curtis Boyd, who owns Southwestern Women’s Options in Albuquerque and performs abortions up to the day of birth, was one of four abortionists who teamed up with NARAL to challenge the existing law regarding medicaid funding of abortion in the state. Their claim was that these restrictions violated the equal rights provision of the New Mexico Constitution.

According to a summary from Americans United for Life, the New Mexico Supreme Court inevitably “never considered the rights of the unborn child but maintained that interest in the life of the unborn is never compelling enough to outweigh the life and health of the mother.”

The New Mexico Supreme Court’s decision came in spite of the fact that the district court had granted two New Mexico citizens to intervene as taxpayers on behalf of the pre-born child. The Court denied these citizens standing on the account that the rights of pre-born children are already protected by the state, which unfortunately is not true.

This ruling has put the burden on the people of New Mexico to fund the abortion industry in the state. Recently, Southwestern Women’s Options and the University of New Mexico have come under federal investigation for being involved in the use of aborted baby body parts in medical research, which begs the question: Are New Mexicans funding this practice as well?

Overall abortions have declined in New Mexico despite the lack of pro-life legislation. To date in 2013, $392,960.77 was paid to abortionists across the state and to those who travel from out of state like California late term abortionists Shelley Sella and Susan Robinson do.

The University of New Mexico Health Sciences Center, Hospital and Medical Group were also separately paid for abortion services during 2014.

Fr. Stephen Imbarrato of Priests for Life issued the following statement, “It is intolerable that the good taxpayers of New Mexico are being forced to fund the abortion cartel in our state. We believe this funding may even extend to people from all over the country who come to NM for abortions. It is our goal that the NM abortion industry be defunded by the state of NM and be restricted to the extent that it is no longer a viable business option here. Abortion is bad business and we as taxpayers need to reject and protest pre-born baby killing in our state and anyone who supports or condones it.”

Vital Statistics info over the past few years:

This investigative research delves into tax funding of abortions in New Mexico and the shocking revelation of how much Late-Term abortions cost the taxpayers…$8,000-$16,000 the price for a baby’s life!