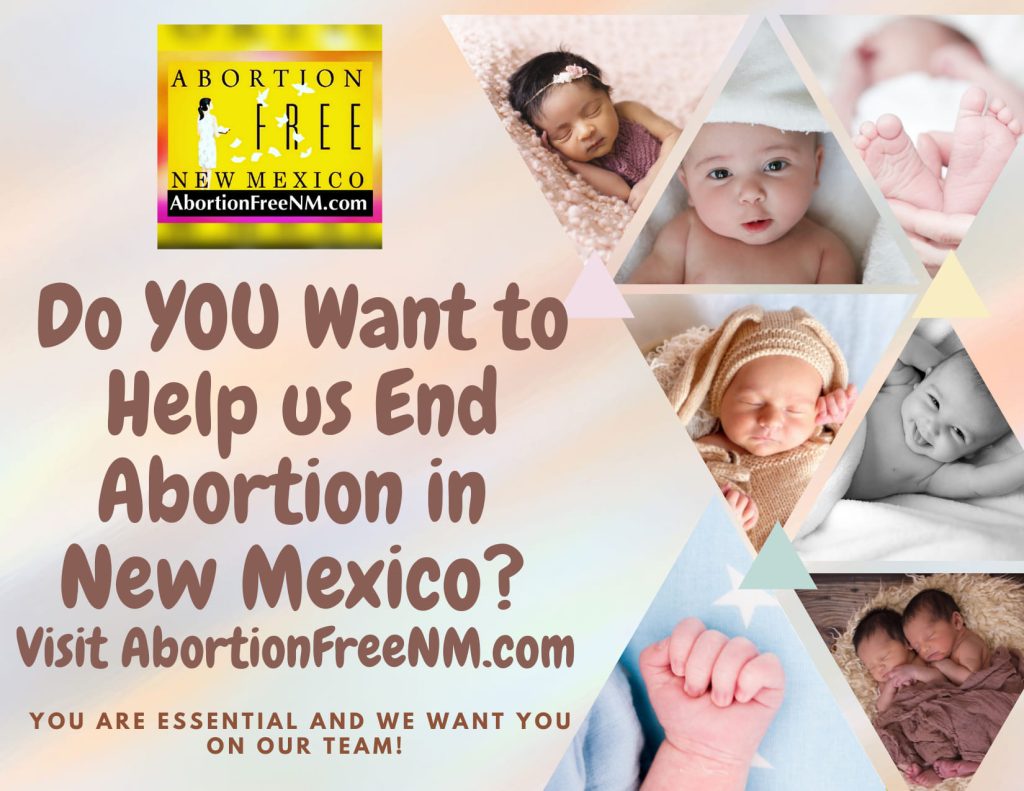 Albuquerque, New Mexico- When we moved to New Mexico in 2010 there were 8 abortion facilities. Today 5 remain, but one will be closing within a matter of months, Lord willing. After years of a concentrated faithful pro-life presence along with savvy investigative work, accountability and high pressure public exposure, Franz Theard’s abortion days are numbered.

Our friends in the borderland at the Southwest Coalition for Life announced at the end of last year that Franz Theard’s current landlord does not plan to renew his current lease. This means that he will likely be forced to close his killing business and retire.

This will be an amazing victory, and will prove that hard work and perseverance pays off in the battle for life in New Mexico. 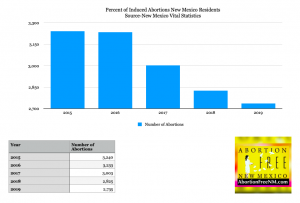 As effective as our efforts have been over the past decade to expose late-term abortion in Albuquerque, in 2022 we are redoubling our efforts to expose New Mexico’s flagship institution and leading hospital’s radical abortion agenda. University of New Mexico leadership needs to hear a louder voice in opposition to this agenda and the community at large deserves to know the truth about how their tax dollars are being spent to prop up the abortion industry.

Albuquerque is home to the University of New Mexico (UNM), which runs its own free standing abortion facility, UNM Center For Reproductive Health, that performs late-term abortions up to 24 weeks of pregnancy, that’s 6 months! As a tax funded institution, UNM has an endless supply of our tax dollars to fund their radical abortion agenda. In fact, according to our research, UNM is the heart of the abortion cartel here in New Mexico and in a shocking admission, openly celebrates abortion!

​According to UNM regent Robert Schwartz,

“I don’t want to leave the impression that the UNM Center for Reproductive Health is just being tolerated by the University, when in fact it is an important part of this University and the Health Sciences Center and it is and it should be celebrated by this University.”

Abortion Free New Mexico holds a monthly prayer vigil, Faith To Action Friday, on site at this facility but now it’s time to take it to the next level.

We want to build a team so that we can do even more in 2022. We are upping our game in Albuquerque so that we can reach more moms with the hope and resources they need to choose life.

A constant prayerful presence at Franz Theard’s abortion facilities, organized by the Southwest Coalition for Life, has been powerful and effective in making sure that every woman knows she has options but it has also served to bring community awareness and has definitely caused the current landlord to want to terminate Theard’s lease. We need to get Albuquerque’s clinics covered in the same way and to pray for the same outcome in the late term abortion capital of the nation.

ANNOUNCEMENT: This year, in 2022, Abortion Free New Mexico wants to organize a constant prayerful presence starting with the UNM Center for Reproductive Health abortion facility for every hour that they are open. This is one of the darkest places in our city but it can become a beacon of hope as Christians rise up to be a voice for the voiceless and their mothers.

Will you partner with us to make this a reality? We’re reaching out to you because we have big plans but we know that we can’t accomplish anything without your help and support. If you are looking to get more involved in 2022 we’d like to ask you to fill out our get involved form and tell us where you’d like to serve.

We need day coordinators that will help us recruit people to be out on the sidewalk for 1 hour shifts, we will also need volunteers to simply sign up for one hour increments. We’re also looking for help in other areas.

This just the beginning of making 2022 our best year yet and in making sure that every woman has the resources she needs to make a decision for life. There is so much more that we can do in 2022 with your help.

We are committed to continue our work to make New Mexico Abortion Free, as we increase our efforts in Albuquerque by establishing a stronger pro-life presence in our city.

We know that the moms and babies that we fight so hard for are worthy of protection because every life is God’s masterpiece.

Let’s work together to build a culture of life in New Mexico. With you on our team we will be able to do so much more in our city to help moms, save babies, educate the community and be a shining light in the darkness.

We will begin holding planning/vision casting meetings. Please fill out our survey so we know how you would like to be involved and your availability to attend such a meeting.