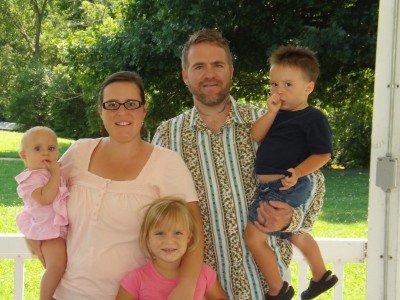 Albuquerque, NM- As Christians and Pro- life missionaries we have been commissioned by the Holy Spirit to speak and show the truth. Any backlash that comes from our efforts are considered as badges of honor, because we know that in every way what we do is moral, legal and necessary.

This month we, under the ministry banner of Protest ABQ, we mailed postcards to residents in Albuquerque’s District 6 to inform voters about the pro-abortion and anti-woman position that Pat Davis champions. Why? Because if we don’t, who will?

There is no other group that is willing to hold leaders and those who aspire to lead in our city accountable, so the burden lies with us.

We have also been commissioned, by Operation Rescue in 2010, to make NM abortion free but how will this happen if the tough job of exposing and protesting pre-born child killing is neglected?

Pat Davis and his minions have filed a complaint against us for the mailers. They merely want to silence us and hide the truth of what they support.

This aside, our self proclaimed pro-life Mayor Richard Berry recorded a video calling for Protest ABQ to cease exercising our first amendment free speech rights in Albuquerque neighborhoods.

Mayor Berry has not done one thing to stop abortions in his city, known nationally as the late term abortion capital of America. Members of Protest ABQ have sought a meeting with him for over a year to no avail.

So the question remains: What good are you Mayor Berry if you pander to the pro- aborts, while neglecting the plight of the pre-born children murdered in your city every day of the week?

The Mayor’s audacity is a prime example of the nonsense that continues to perpetuate abortion in this state and what we have been dealing with in NM for the past 5 years.

This wicked place is under a demonic stronghold and our leaders who claim to be with us are blinded by distractions that keep them from doing their jobs.

It’s no wonder that New Mexico is the Abortion Capital of America with leaders like Susana Martinez and Mayor Richard Berry, they are more concerned about thier own agendas and pandering to the Pro-Abortion Left, than fulfilling the responsibilities that their constituents elected them into office to fulfill…”For such a time as this.”

Please pray for us as we endure and persevere in the face of evil.

We need your prayers and support more than ever, please consider becoming a monthly financial partner with us so that we may continue doing what others are unwilling to do to make NM abortion free.

Thank you, we cannot continue this ministry to New Mexico without your prayers and faithful support.

Tara did interviews and gave statements to every news outlet in the city, in response to his video targeting Protest ABQ…the tables were turned on Mayor Berry!

The HUB of New Mexico:
http://www.fggam.org/2015/09/an-open-letter-to-mayor-rj-berry-from-the-hub-of-new-mexico/