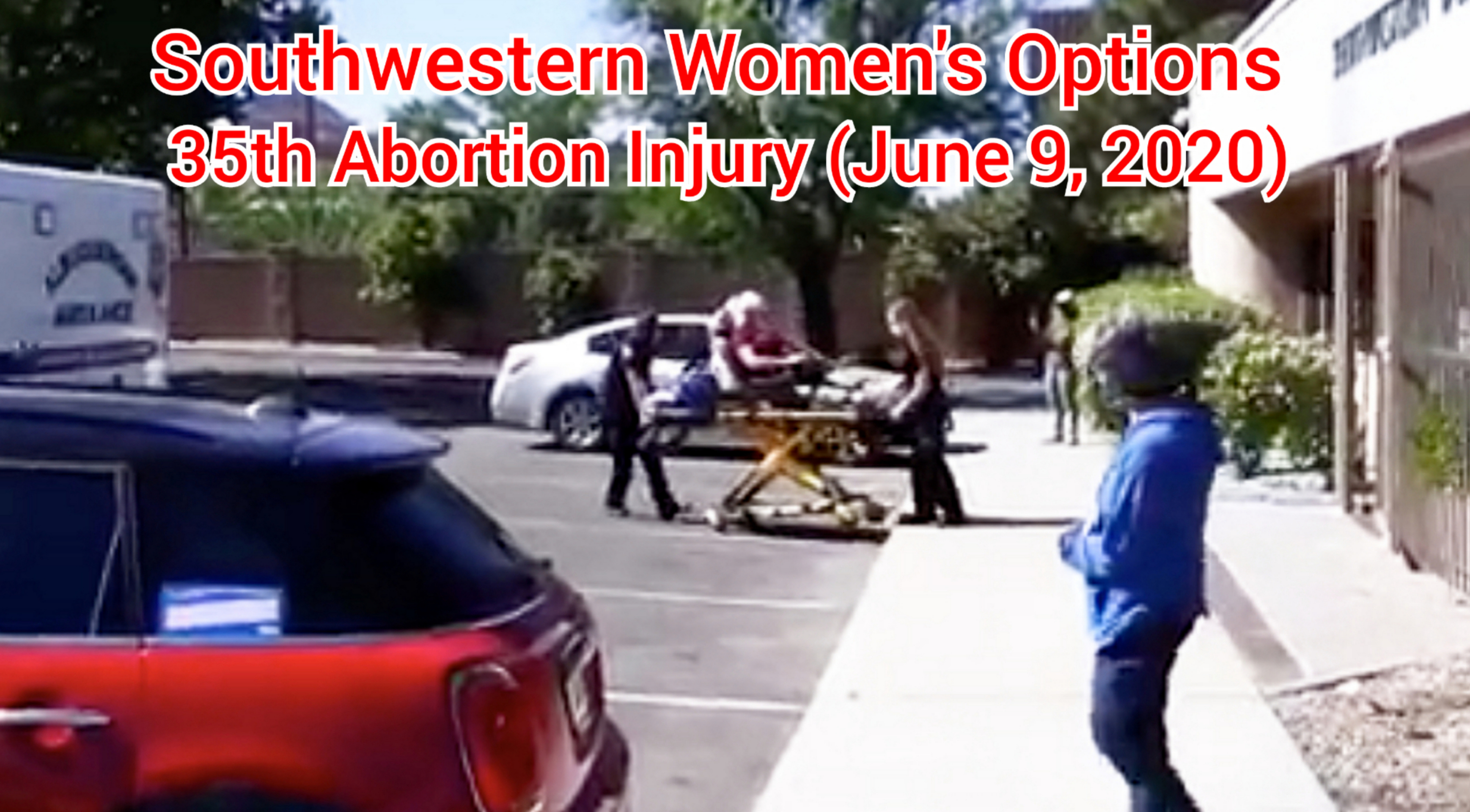 Albuquerque, New Mexico- On Tuesday, June 9, 2020 sidewalk counselors outside the notorious late term abortion facility Southwestern Women’s Options (SWO) witnessed a woman being rushed into an ambulance and transported to a nearby hospital. Shockingly, this is the 35th documented abortion injury at SWO since 2008!

According to eye witnesses, the patient was in a vehicle with California license plates.

Late term abortions are, unfortunately, performed through all nine months of pregnancy in New Mexico. Every Tuesday at Southwestern Women’s Options the barbaric 3-4 day long late term abortion procedure is started on women who come to New Mexico (from all across the world) for what is known as Abortion Tourism. The barbaric procedure begins with an injection of digoxin into the woman’s uterus which causes the baby to die from a fetal heart attack that reportedly takes several hours for the baby’s heart to finally stop. Each day thereafter, the woman’s cervix is artificially dilated so that she can give birth to her dead child on a Friday or Saturday.

“At a time when businesses and Churches have been forced to close, abortion facilities remain open and at least two women have been injured. These injuries confirm that abortion is not healthcare and that these facilities are not even equipped to handle the complications that arise during such invasive elective procedures. Women and their children deserve better than abortion and Abortion Free New Mexico is working to provide accountability and a culture where these barbaric procedures are intolerable.”

Abortion Free New Mexico conducts a weekly prayer and protest presence at the University of New Mexico’s free standing abortion facility. Join us this Friday for Faith To Action Friday and let’s stand together for life and strategically step out in faith to transform our community.