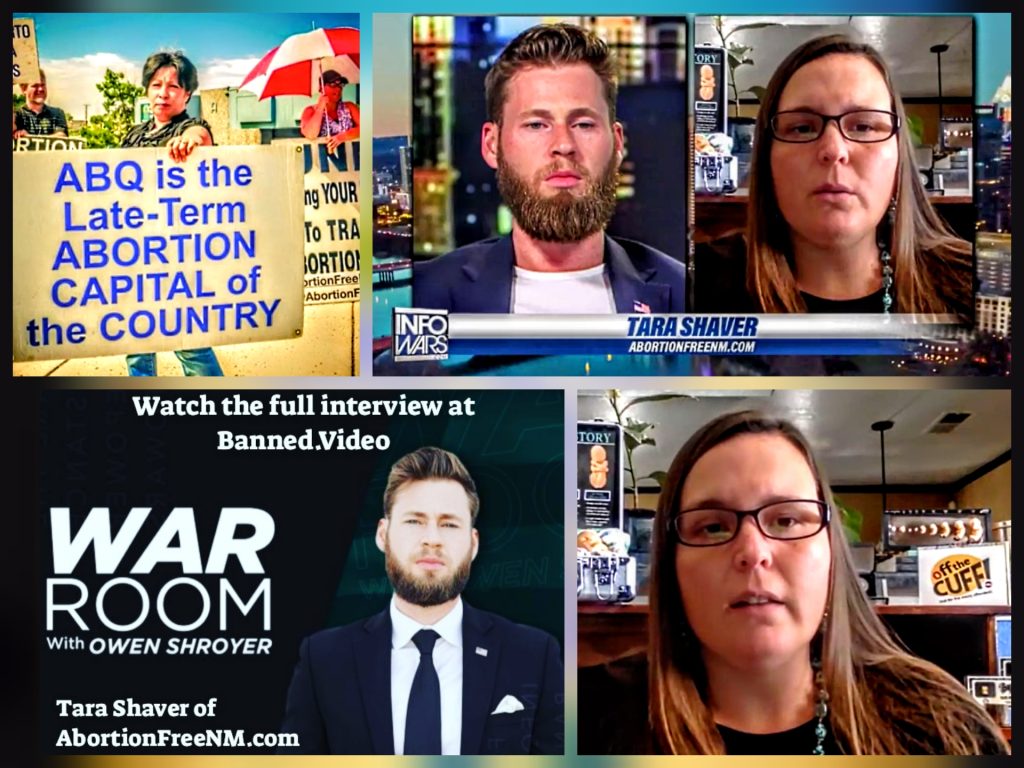 Albuquerque, New Mexico- Tara Shaver of Abortion Free New Mexico joined Owen Shroyer on the Infowars War Room to discuss how Late (Third Trimester) Full-Term abortions are not a conspiracy theory but a tragic reality. New Mexico is the proof.

​She also discusses our investigations over the past decade exposing New Mexico as the Late-Term Abortion Capital of the nation.

“Tara Shaver of Abortion Free New Mexico has been fighting abortions in America for years, she is now attempting to end abortion in New Mexico. Tara Shaver joins Owen to discuss her pro-life activism in New Mexico and what she sees ahead as Roe v Wade will soon be overturned.” Infowars: War Room