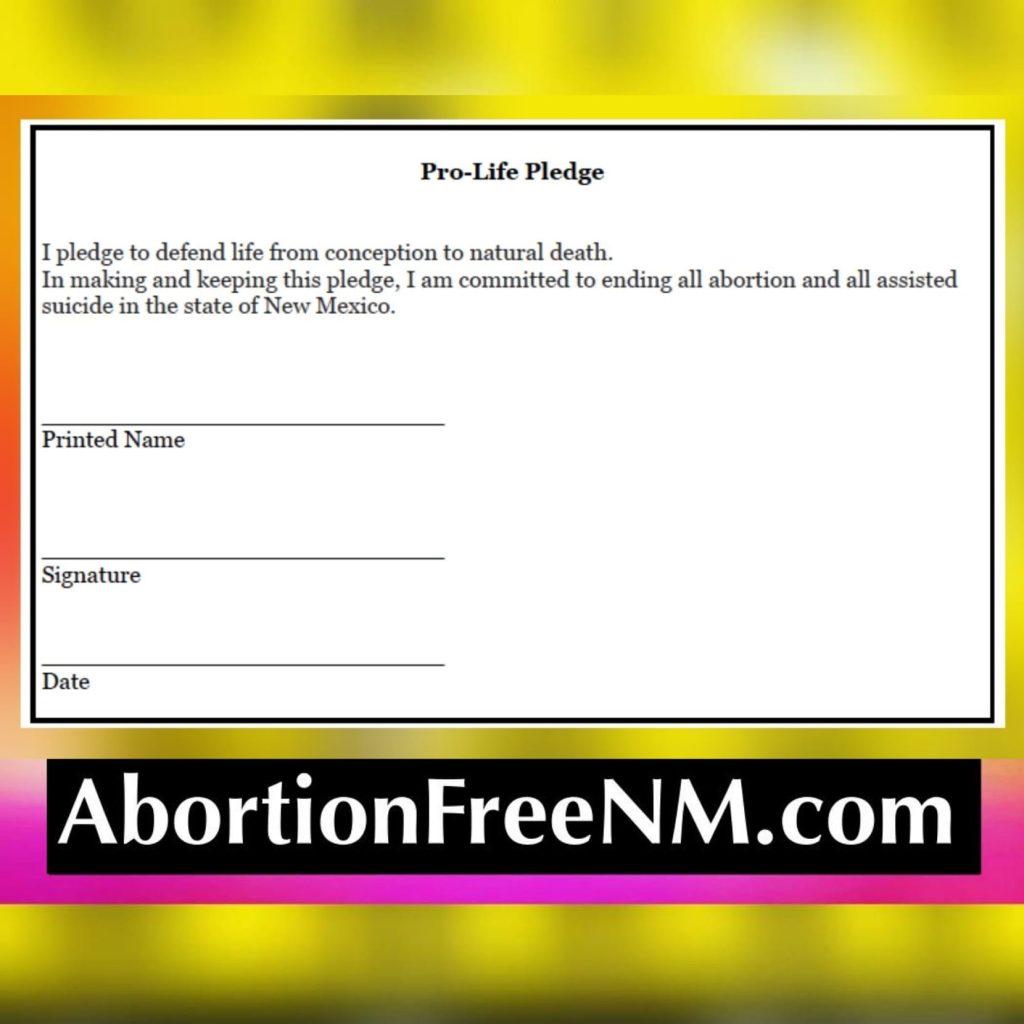 Albuquerque, New Mexico- Now that the New Mexico primary election is over, here is Abortion Free New Mexico’s analysis of the candidates election results who signed our pro-life pledge and will  be on the November 8th general election ballot. These candidates have made a firm commitment to stand for life which has energized the pro-life community. All across the state the primary election results held on June 7, 2022 revealed that republicans are getting more engaged and many of the races in the upcoming general election on November 8, 2022 are winnable (when the republican primary voter turnout is compared with their democrat opponents).

Abortion Free New Mexico will continue to provide candidates an opportunity to sign our simple yet solid pro-life pledge to assure their constituents that they will defend life from conception to natural death.

​These Pro-Life pledge signers races had higher voter turnout than their democrat opponents:

​Head to Head races where democrats had a slim lead over Pro-Life pledge signers:

CANDIDATES: If you are currently running for office in New Mexico and have not signed our Pro-Life Pledge, there is still time before election day! Click HERE and follow the instructions. (We will update this list as candidates sign.)

“I pledge to defend life from conception to natural death. In making and keeping this pledge, I am committed to ending all abortion and all assisted suicide in the state of New Mexico.”

“It is encouraging to have so many republican voters rise up to support pro-life candidates and to see that in several of these races pro-life pledge signers have outright leads or are in a head to head race with their democrat opponents.

The pro-abortion community wants nothing more than to expand abortion in New Mexico. Abortionists from across the nation have their sights set on our state for abortion tourism that will bring big profits to their businesses. We stand with everyday New Mexicans who don’t want our state to be known as the late term abortion capital of the nation and we will work to elect new leaders who stand strong for our children in the womb. Abortion on demand is not a New Mexican value and is not healthcare for women.”

Together we can make a difference and change the direction of New Mexico.

Big night on The Paradigm Shift Tonight… Guest, Tara Shaver from Abortion Free New Mexico joins us as she and her husband, Bud Shaver, fight the good fight ridding of the practice of abortion in New Mexico. New Mexico is becoming a hot spot for abortion and the kids NEED YOUR HELP. Join us… studiojfm.com.