Albuquerque, NM- For Week 2 of our prayer and fasting campaign we ask that you pray for the upcoming Northern New Mexico Pro-Life Legislative Summit on October 21, 2018. This summit like the one held in Albuquerque last month, has been initiated by Michelle Garcia Holmes who is running for Lt. Governor of New Mexico. All of the speakers are either currently holding office or running for various offices in the upcoming November 6th election and will share their pro-life stance.

BIBLE VERSE FOR REFLECTION THIS WEEK:

You’re Invited: Are you concerned about late term abortion in New Mexico? Do you want to learn how you can become a soldier for our children’s future?

Please join New Mexico state legislators, congressional candidates and candidate for attorney general as they discuss their pro-life agendas. In addition, there will be a message from Congressman Steve Pearce. 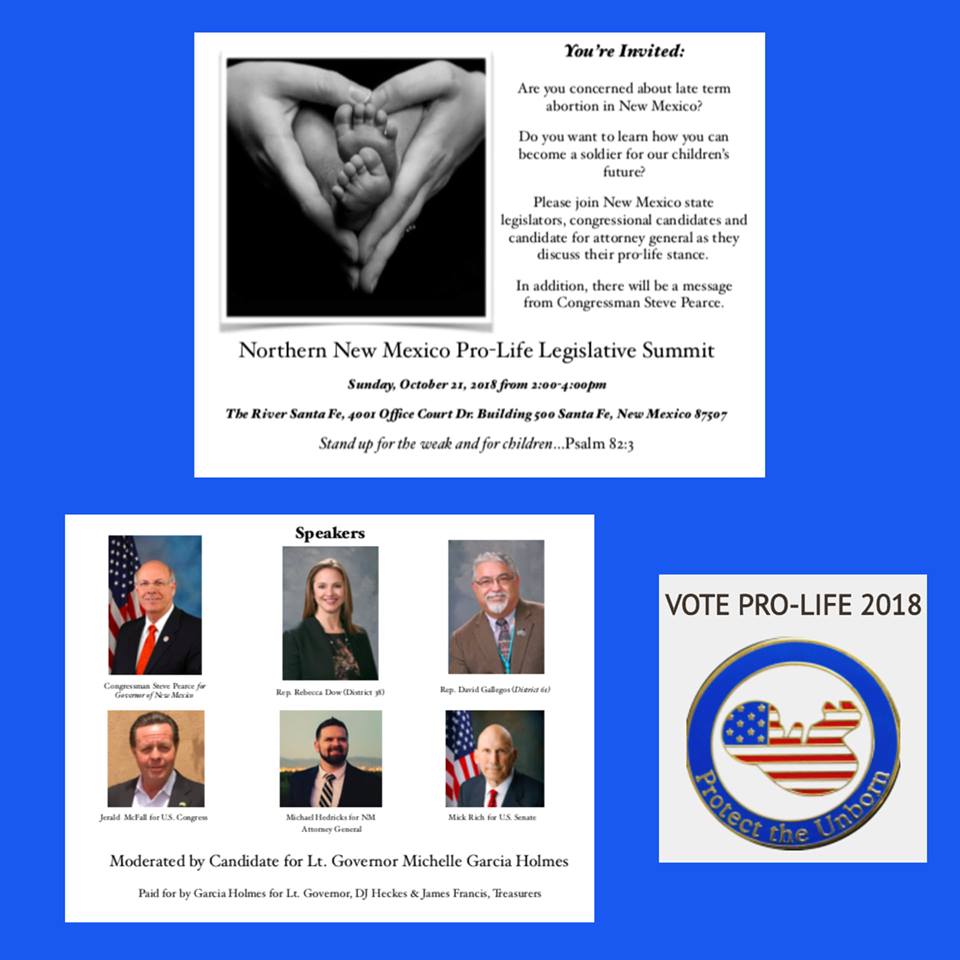 Abortion Free New Mexico has been asked to join in weekly prayer and fasting on Wednesdays during the month of October leading up to election day on November 6, 2018 specifically for the upcoming election and for an end to abortion in New Mexico. We invite those in the body of Christ who are able to, to join us in this spiritual discipline.

Fasting can be done in many ways.

The upcoming election is less than 30 days away and in New Mexico it will absolutely determine whether or not the Land of Enchantment elects leaders who will stand for justice and righteousness or corruption and bedlam.