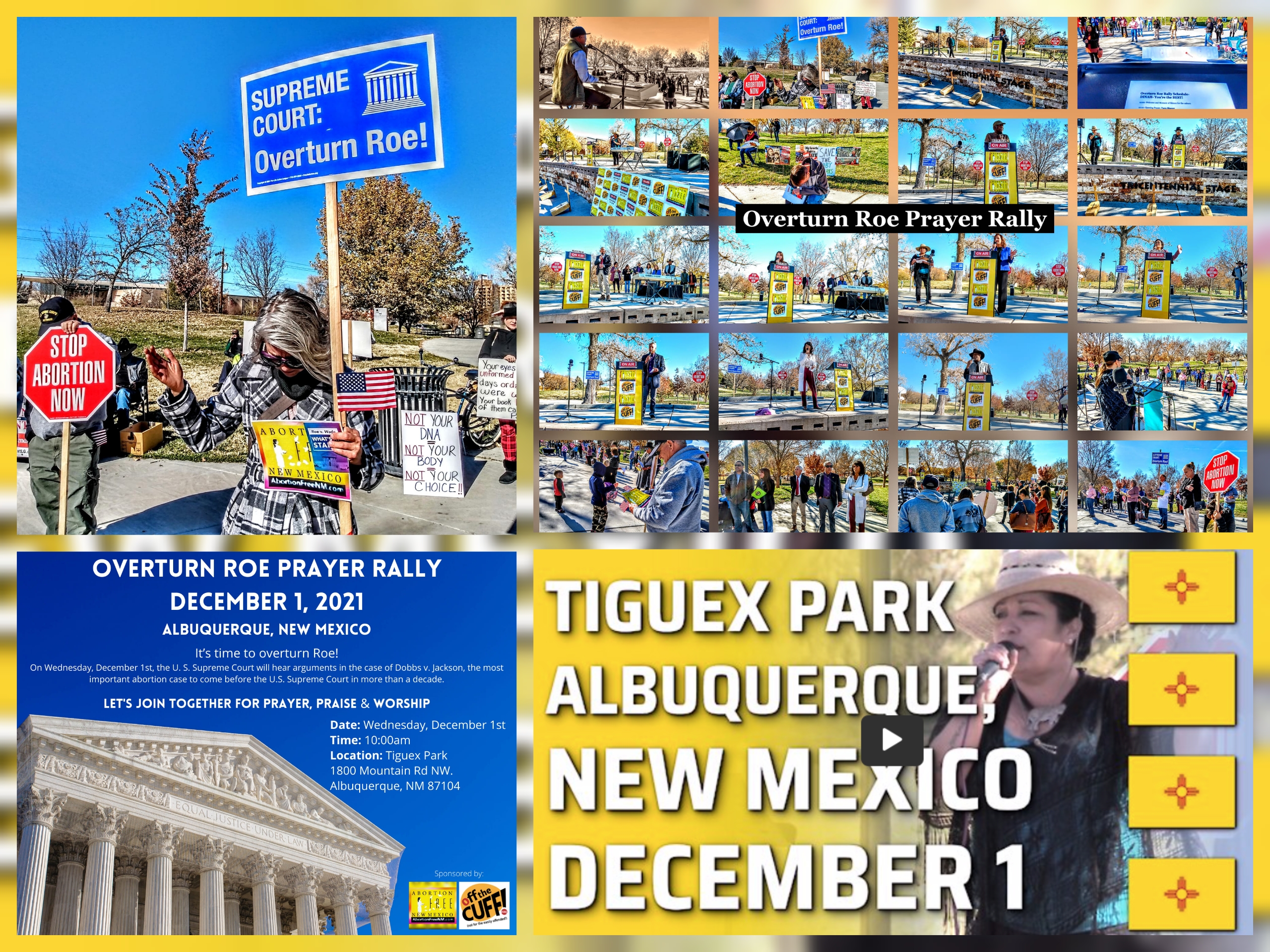 By Bud Shaver,
​
Albuquerque, New Mexico- On Wednesday, December 1, 2021 over 75 people gathered at Tiguex Park for an Overturn Roe Prayer Rally hosted by Abortion Free New Mexico and Off The Cuff ABQ Talk Radio. For on that day, the U.S. Supreme Court heard oral arguments in Washington D.C. in the case of Dobbs v. Jackson, which is the most important case to come before the U.S. Supreme Court in more than a decade. Albuquerque was one of 85 separate OverturnRoe.org rallies that took place from coast to coast letting the Supreme Court know that our nation is ready for Roe to go.

“Today we come together to pray that Roe is overturned and when this happens each state will finally be able to end abortion. As we prepare for that day, our work in New Mexico must be even more strategic than ever before. We must redouble our efforts to get pro-life candidates elected down the ballot and especially in our state legislature, both the House of Representatives and the Senate. Pro-Life New Mexicans must remember that even if we win the governor’s seat in 2022, it’s the legislators that introduce and pass legislation that is then brought to the governor to be signed into law. This fact makes it all the more urgent for pro-life people to step up and run for office so that life saving bills finally have a chance to protect future generations of children in the womb. The time for sitting on the sidelines is over. This is and has always been a matter of life and death.”

All of the candidates who spoke at the Overturn Roe Prayer Rally have signed Abortion Free New Mexico’s Pro-Life Pledge.

I pledge to defend life from conception to natural death. In making and keeping this pledge, I am committed to ending all abortion and all assisted suicide in the state of New Mexico.”

“New Mexico remains the late term abortion capital of the nation and a hub for abortion tourism but this can change as we work harder each day to build a culture of life in our state. We need new leadership that acknowledges that abortion is not healthcare for women and that every life is valuable. Join Abortion Free New Mexico and Off the Cuff ABQ Talk Radio in supporting 2022 pro-life candidates that have pledged to defend life and have put it in writing. Together we will take back our state from the clutches of the pro-death fanatics because life and family are New Mexico values.”