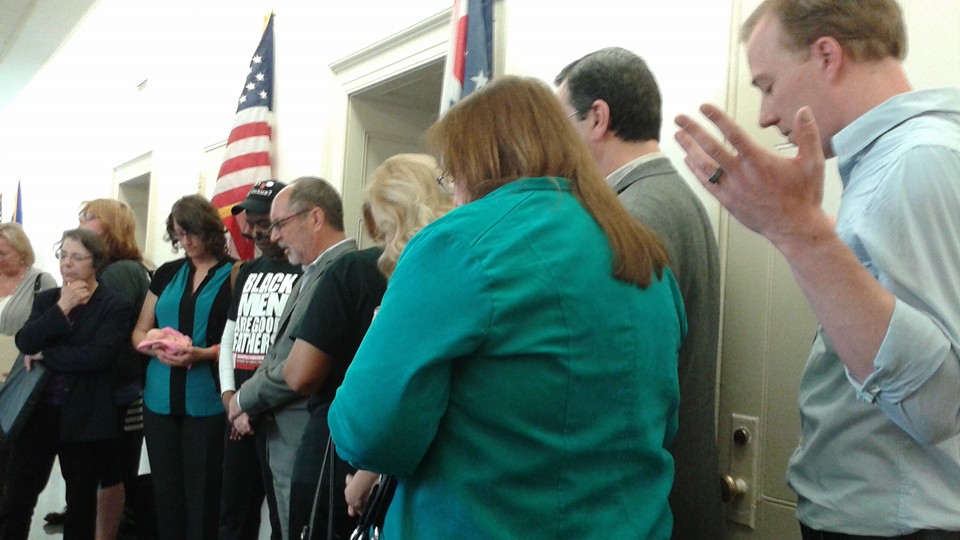 This vote comes just days after National Pro-Life Groups Protested at House Speaker John Boehner’s office on Capital Hill demanding that Republican leaders #FreeTheBan and put it up for a vote. Bud Shaver, Executive Director of Protest ABQ stood in solidarity with Pro-Life leaders from all across the country and also delivered signatures collected from a petition by New Mexicans and voices from all across the nation calling for a Ban on Late-Term Abortion to House Speaker Bohener’s office despite his office remaining closed and locked.

When House Speaker John Boehner gave his speech in support of the 20-wk Late-Term Abortion Ban on the House Floor urging Congress to pass the bill he noted, “And I want to take a moment to recognize all of the Americans who spoke out for this bill. Your voices have been heard.”

Well the U.S. House heard our collective voices and we thank them for passing this bill, though not perfect, it will save thousands of lives and will end barbaric Late-Term abortion’s in New Mexico and all across the nation. We will continue to take peaceful and prayerful steps of faith until the mountain of Abortion in our country is cast into the abyss of history!

WND reports,  “The bill now goes to the Senate, although there are no immediate plans there to address the measure. Senate Majority Leader Mitch McConnell, R-Ky., backs a Senate version of the legislation. Obama’s press secretary, Josh Earnest, blasted the vote as “disgraceful,” threatening a veto from Obama should it reach his desk.”

But according to LifeNews.com, “Pro-life groups hope to use the measure as an election tool in 2016 in an attempt to wrest control of the White House and approve a pro-life president who will sign it into law.”