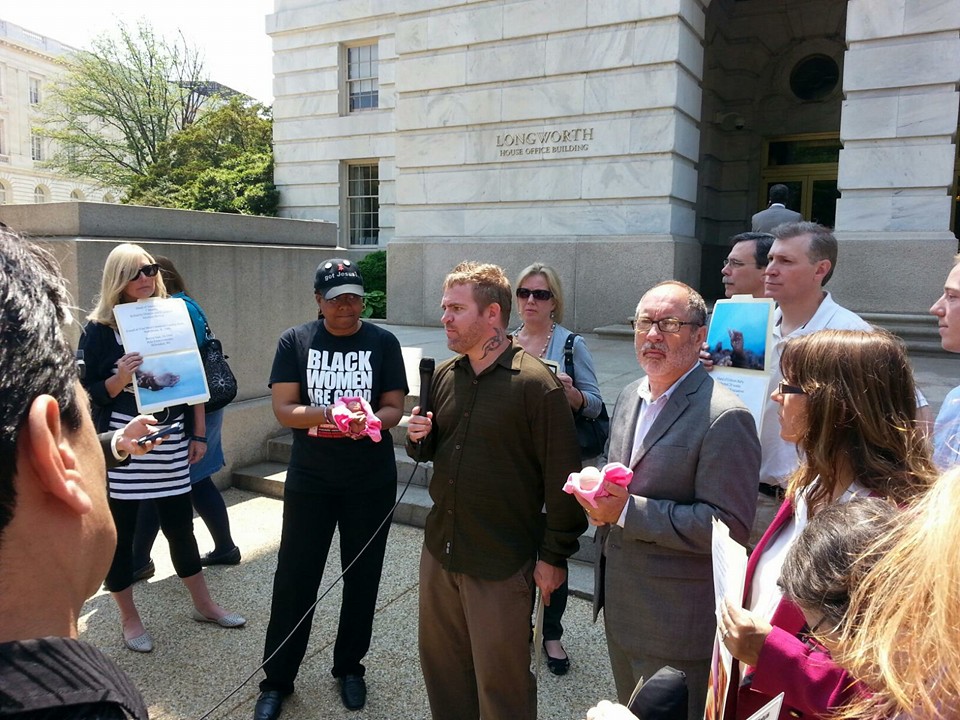 Since moving to Albuquerque, New Mexico in 2010, our efforts have shined the light on the barbaric reality of late-term abortion and the role New Mexico plays, having the largest late-term abortion “Killing Center” in the world outside of communist China! In fact, Albuquerque is now known nationally as the Late-Term Abortion Capital of America due to the fact that women travel from all across the country…and the WORLD to have late-term abortions that are illegal where they live. Recently, Bristol Palin (daughter of Vice Presidential candidate, Sarah Palin) wrote an article titled, “Woman Traveled from UK to US to Have an Abortion at 30 Weeks.” Here is a brief excerpt:

“Why should our country be the abortion destination? A 20-year-old woman from the UK traveled all the way to New Mexico just so that she could get an abortion. Why did she have to do that? Because abortion at 30 weeks is illegal in the UK. Is this what our country has become? The place you can come to kill your child when your own country won’t let you? This has to change!”

While other states (and countries) have severely restricted abortions by passing various laws, New Mexico is ranked #1 by the pro-aborts (according to an article in the ABQ Journal) as having the freest access to abortion since there are no laws limiting abortion. Abortions are fully funded by state tax dollars and it is legal to kill a baby up to the day of birth in New Mexico.

Needless to say, we have our work cut out for us as Pro-Life Missionaries! But, that is why we moved here to New Mexico to work to make it, “Abortion Free.”

We helped launch the first ever citywide referendum that attempted to ban abortions after 20 weeks of pregnancy in 2013. This legislative session, our groundbreaking research and public exposure campaign (Protest ABQ) was the catalyst of the first pro-life bill to EVER pass the New Mexico House…a Late-Term Abortion Ban!

This month, in a monumental national effort to ban late-term abortions, Bud traveled all the way across the country to Washington D.C. and stood in solidarity with pro-life leaders in calling for a vote on H.R. 36, the Pain Capable Unborn Child Protection Act. Coinciding with the National Day of Prayer (May 6, 2015), pro-life leaders gathered at U.S. House Speaker, John Boehner’s office to pray and urge the passage of a National Ban on Late-Term Abortions. Bud hand delivered signatures collected from a petition by New Mexicans and voices from all across the nation calling for an end to abortions at 20 weeks of pregnancy to House Speaker Boehner’s office…and just days later the U.S. House did just that! When House Speaker John Boehner gave his speech in support of the 20-wk Late-Term Abortion Ban on the House Floor urging Congress to pass the bill he noted, “And I want to take a moment to recognize all of the Americans who spoke out for this bill. Your voices have been heard.” 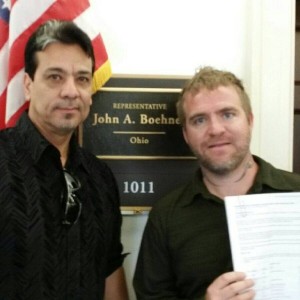 Pastor Manny and Bud with petition signed to deliver to Speaker Boehner.

Praise God for His faithfulness and the opportunity to speak and act for life.

We are making every effort to end late-term abortion with the goal of ending all abortions and We Thank You for Making These Efforts Possible.

During the summer month’s our donations fluctuate as people get busy. Please consider becoming a monthly partner with us as pro-life missionaries who are working to make NM abortion free by closing one abortion facility at a time. Convenient monthly electronic donations can be scheduled securely online here. Your generosity makes our work possible.

P.S.- We want to pray for you! Please comment below with your prayer requests.

“Seek the well being of the city to which I have sent you. Pray for it to the Lord.
For in seeking its well being you shall find your own.“ Jeremiah 29:7

Click here for a PDF version of this month’s Newsletter

In the News in May: