Bud Shaver, Executive Director of Protest ABQ reported that the protest was a success, “Great response in Albuquerque, New Mexico to our Bank of America Protest sponsored by Pro-Life Waco and Protest ABQ. At least one person told us they were going to close their Bank of America account due to the awareness raised by our protest! Several people thanked us!” John Pisciotta #ProtestBOA organizer and Director of Pro-Life Waco reported about the protest in Austin, Texas:

“‪#‎ProtestBOA‬ (Bank of America) in Austin today. Of our six weekly excursions to Austin, today was possibly the best.

–When we gathered to pray before beginning our protest/outreach, one of the pedestrians joined us holding hands in prayer.

–While we did get some brief negative words and hand signs, no one was in our face attempting to disrupt for an extensive period of time.

–Nine from Waco joined three from the Austin area to deliver today’s #ProtestBOA.

–One person came out of the bank with thumbs up saying, “I’ve just closed my account.”

–We have some Austin “regulars” who stop by each week to cheer us on and bless us. I love protesting in the midst of heavy pedestrian traffic. The experience is so personal with positive and negative interactions. I was so proud of the way our gang kept our cool at all times.

–We stopped for our late lunch at Whataburger in Georgetown, Texas. We met a pro-life couple from Waco who had also been in Austin. (Our pro-life T-shirts, make us stand out in a group.) The wife said she had seen us at BOA in Austin and showed us the photo of us she posted on her Facebook page. Gave us her email address so we could stay in touch.

I am hoping and praying #ProtestBOA will spring up in your hometown. Will we win this? I am 100% sure we will win. We win for the precious babies in the womb and their moms and dads EVERY time we stand in the public square in #ProtestBOA.” 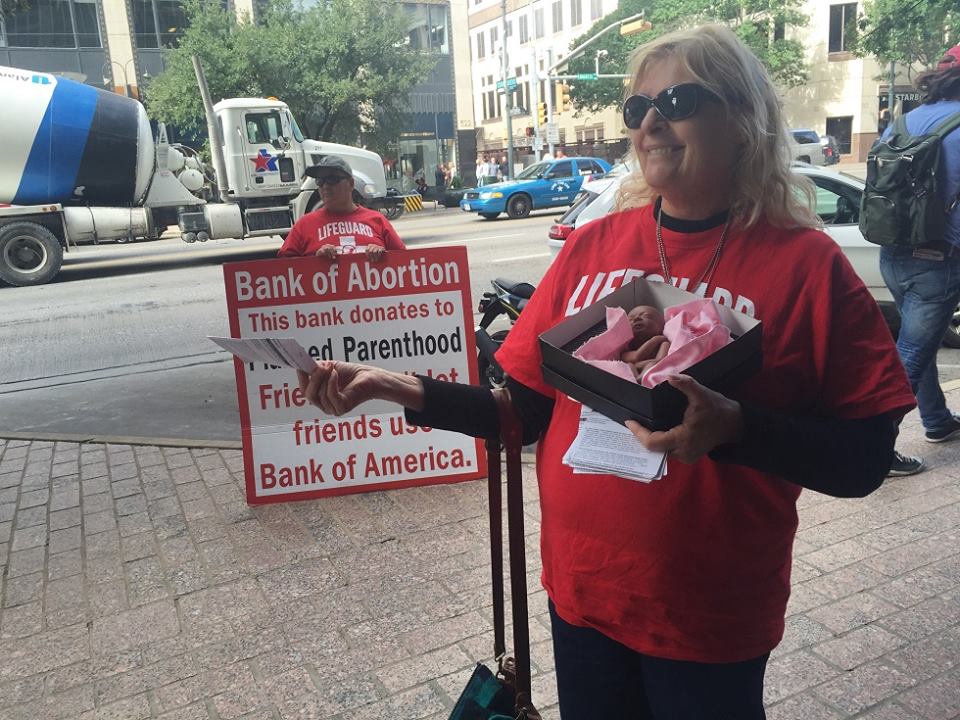 Pro-Life Waco and Protest ABQ are encouraging everyone in every city across America to join us!

Protest ABQ holds local protests every week. If you would like to join our weekly protests please fill out our get involved form here.