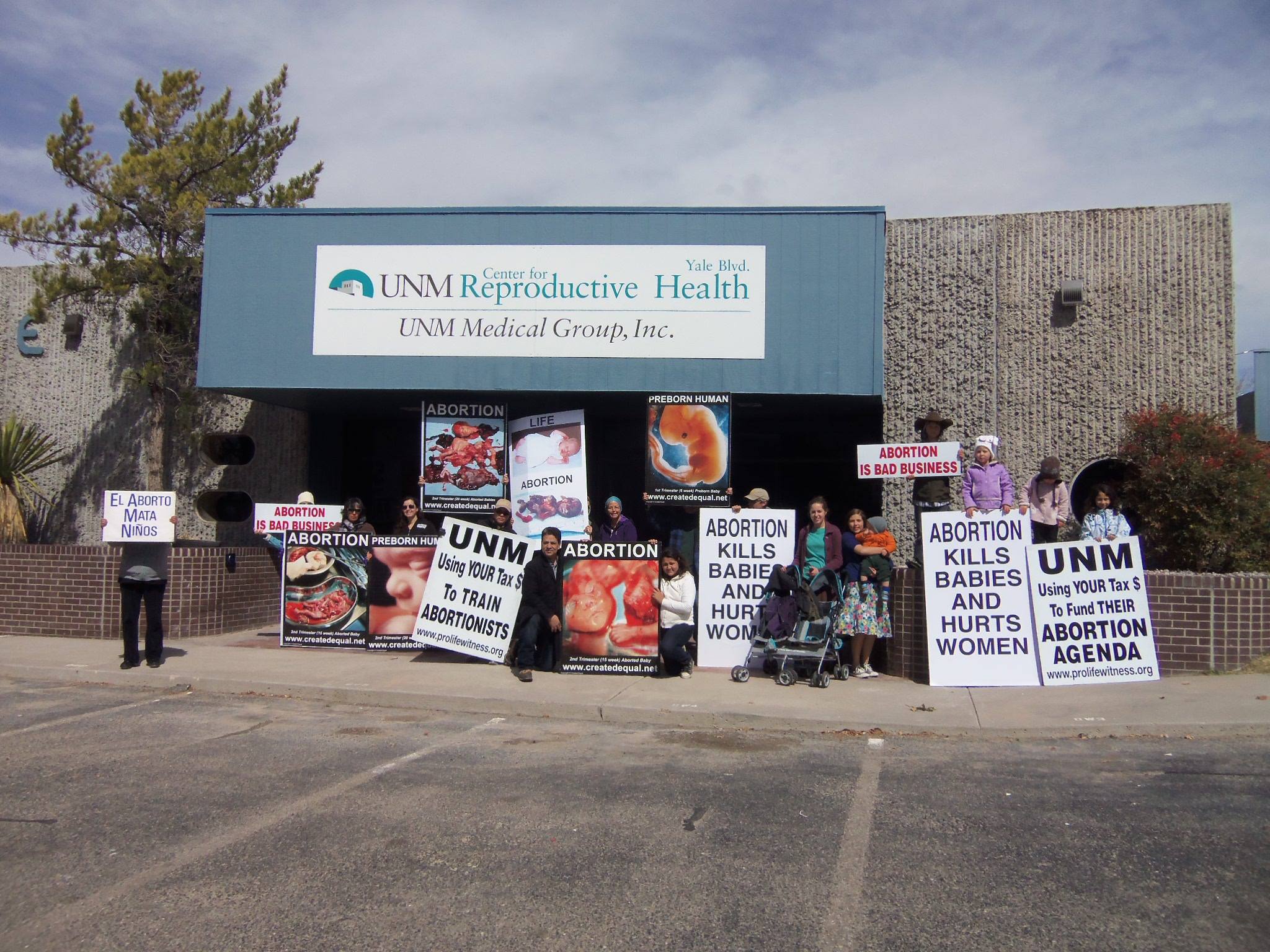 (A Press Conference will be held Tuesday, March 18th at 4:00pm MT in front of the NEW location for the UNMCRH abortion clinic.)

Albuquerque, NM- On March 11th after several weeks of training local activists Protest ABQ had a very successful launch. Over 50 of you showed up to be a strong voice for the babies outside of the UNM Center for Reproductive Health abortion mill (UNMCRH). The Protest ABQ campaign has been working hard to wake up this city to the killing of babies that takes place daily and has been very effective so far.

About a year and a half ago we were told by a trusted source that the UNMCRH abortion mill was looking for a new location because Bud’s presence just one day a week was affecting their business. Their exact words to our source were, “We are moving our location because we are being protested.” Shortly thereafter, they declined to renew their lease and began going month to month. Since November 22, 2013, Bud has been faithfully present in front of this abortion mill 5 days a week and in December UNMCRH applied for a permit for their new location.

March 25th will be the last day that the UNMCRH abortion mill will be located at 1701 Moon St! This is a HUGE victory for this neighborhood. Due to Bud’s faithful public presence over the past 3 years, neighborhood residents often voiced their shock and dismay to Bud once they realized that an abortion clinic was killing children each day in their neighborhood. Their question to Bud was often, “How can we get this abortion clinic out of our neighborhood?” Well, PROTEST ABQ has proven to be the answer.
With the recent launch of PROTEST ABQ, our public pressure has proven to be effective and is needed more urgently than ever due to the fact that the UNM Center For Reproductive Health killing center will be fleeing its current location at 1701 Moon St. and will reopen April 1st at 2301 Yale Blvd. SE Building E.
WE URGENTLY NEED YOUR HELP:
Respectfully contact the UNM Medical Group and let them know that you oppose the UNM Center For Reproductive Health’s new abortion clinic location at 2301 Yale Blvd SE Building E.

505-247-0444 and the UNM Medical Group BEFORE April 1st at this number: 505-272-3203
Fr. Stephen Imbarrato, founder of PROTEST ABQ released the following statement, “This baby killing mill is scheduled to open April 1st. We can keep this mill from opening! The only thing that will allow this mill to change locations and open here is…apathy from the people of ABQ. If the people rise up the way they did for the petition last summer and the referendum, this mill will not open! We need to Protest ABQ and we need to do it now. Join us at the press conference at the new location this Tuesday! All are welcome”