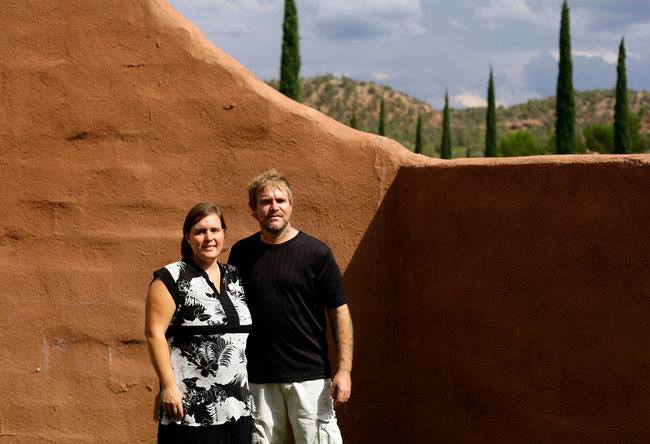 Tara and I met at a Bible College in Texas where God gave us a heart for the mission field. Tara spent a year in Nottingham, England and I (Bud) was ordained and graduated in 2003 with a degree in Missions. I spent an additional 6 months in an Advanced Missions program where my concentration was on “domestic” missions. Tara and I married shortly after Tara returned from England and since then we have worked in full-time pastoral ministry, traveled the country for a year with Survivors of the Abortion Holocaust visiting over 180 high schools and colleges across the country educating our peers about the injustice of abortion, and spent a year in Wichita, Kansas as interns for Operation Rescue (OR) where we learned the most effective and proven strategies for ending abortion! After our year as interns for OR our mission field became Albuquerque, New Mexico due to the fact that our research revealed that it was…the Abortion Capital of the Southwest and the Late-Term Abortion Capital of America.

We moved to Albuquerque, New Mexico in 2010 (by invitation of Project Defending Life) to expose and fight the radical abortion agenda entrenched in this state. As Pro-Life missionaries, we have redefined the “American Mission Field” by moving to Albuquerque one of the darkest cities in our country, a city WORLD Magazine labeled, “New Mexico’s city of death” to proclaim the power of the risen savior, Jesus Christ, and end Abortion…our generation’s greatest injustice!

Our tireless work, groundbreaking research, and implementation of proven strategies has launched Albuquerque, New Mexico into the national spotlight!

Our efforts as Pro-Life Missionaries have been featured in virtually EVERY major news source in the country:

VICE- The New Face of the Anti-Abortion Movement

National Review, Defending Life in the Desert: The fight against late-term abortions is being pursued on the local level in Albuquerque.

(These articles don’t even begin to scratch the surface…for more news coverage check out our, “In the News” page)

Protest ABQ is already making an impact both locally and nationally! To read (and) watch news coverage, click here: Protest ABQ: “In The News”