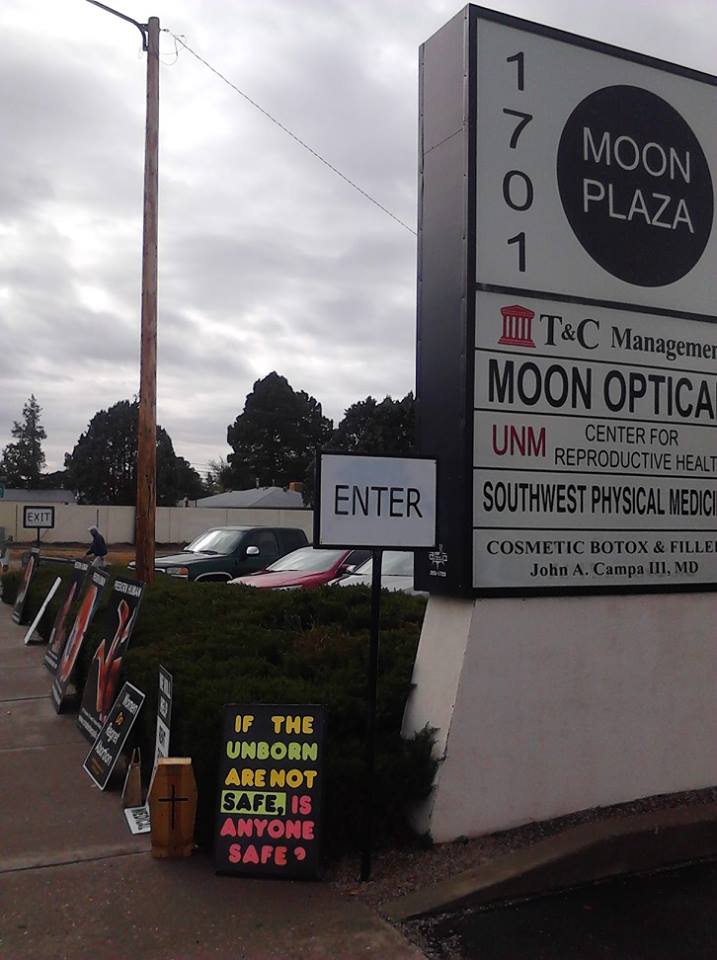 There are three abortion clinics in ABQ providing abortions, Planned Parenthood located directly across the street (50 feet!) from Project Defending Life. Several people throughout the week frequently minister and sidewalk counsel there including local “Pro-Life Saint,” Phil Leahy. After three years of pretty intense public awareness, many people are going to Southwestern Women’s Options (SWO) pretty consistently to minister and sidewalk counsel. The third one has kind of slid under the radar, UNM Center for Reproductive Health, “UNMCRH (UNM’s free standing publicly funded abortion clinic doing abortions up to 22wks).

I spoke with someone today out at UNMCRH, who mentioned that they wished people would come out more often and try and reach the women going into the abortion clinic.

After prayer and reflection, moving our pro-life momentum forward in ABQ, UNMCRH is the weak link of the abortion cartel here in ABQ (due to the fact that since UNM is a public institution and publicly funded, they are highly sensitive to public exposure concerning their radical abortion agenda).

I urge the people who are consistently faithful out at SWO to remain steadfast.

Because of Christ I stand,