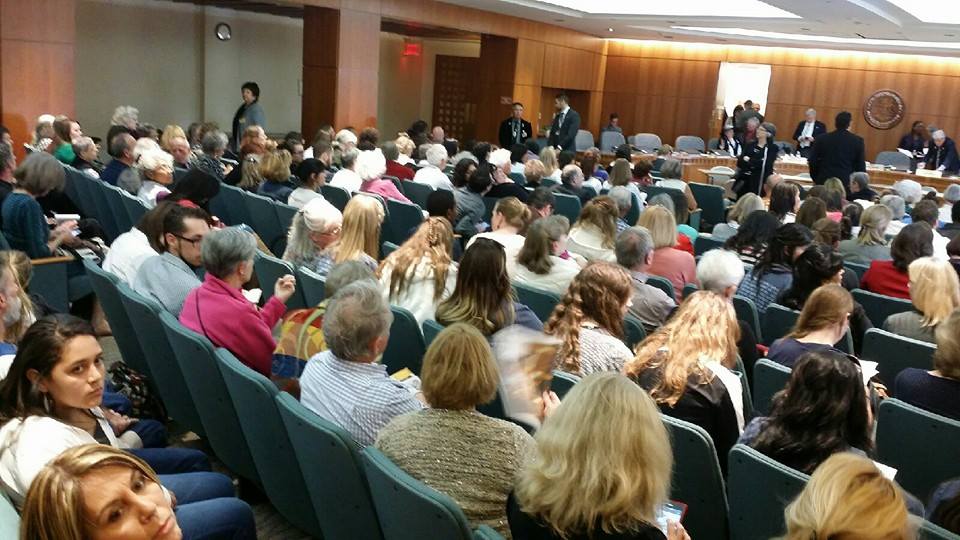 The 20 week Late-Term Abortion Ban (HB 390) PASSED the second and final NM House Committee vote 7-6. It will now go to the House floor for an up or down vote! The bill’s wording was amended to make the determination of “viability” stronger.

Due to some criticism over the exceptions in the bill for rape, incest, and sexual abuse, Alan Sanchez spokesman for the three Bishops of New Mexico addressed this issue during his testimony at the House Judiciary committee hearing.”The bill would be a step toward outlawing abortion — a position the Catholic Church supports.” He stated that, according to “Evangelium Vitae 73″,  exceptions included in the bill do not violate Catholic teaching if the purpose of the legislation is to seek to save the lives of some babies. The late-term abortion ban was requested this legislative session on behalf of the three bishops of New Mexico.

In Evangelium Vitae 73 Pope John Paul II states, “A particular problem of conscience can arise in cases where a legislative vote would be decisive for the passage of a more restrictive law, aimed at limiting the number of authorised abortions, in place of a more permissive law already passed or ready to be voted on.  Such cases are not infrequent.  It is a fact that while in some parts of the world there continue to be campaigns to introduce laws favouring abortion, often supported by powerful international organisations, in other nations––particularly those which have already experienced the bitter fruits of such permissive legislation––there are growing signs of a rethinking in this matter.  In a case like the one just mentioned, when it is not possible to overturn or completely abrogate a pro-abortion law, an elected official, whose absolute personal opposition to procured abortion was well known, could licitly support proposals aimed at limiting the harm done by such a law and at lessening its negative consequences at the level of general opinion and public morality.  This does not in fact represent an illicit co-operation with an unjust law, but rather a legitimate and proper attempt to limit its evil aspects. [emphasis in original]”

You can read the bill in its entirety here: LATE-TERM ABORTION BAN HB 390.

This is a long process, please continue to pray for everyone involved in this process.