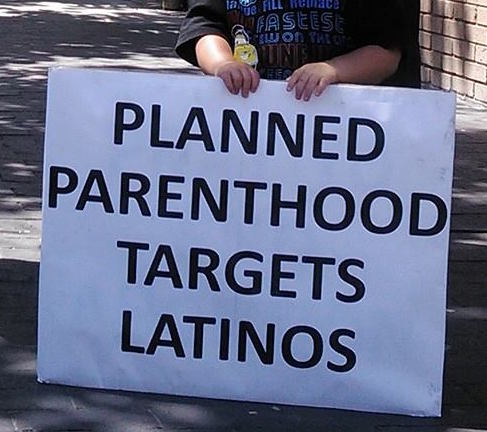 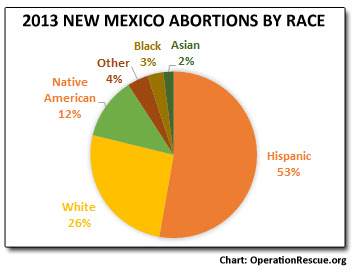 Albuquerque, NM- The New Mexico Vital Statistics has released its annual Selected Health Statistics Report that includes data on abortions performed in the state. This data shows that abortions in New Mexico increased 8% from 3,134 in 2012 to 3,408 abortions in 2013.

The report shows that minority Hispanic women are disproportionately targeted by the abortion cartel, accounting for 53% of all abortions in the state while Hispanics account for only 42.1% of the population.

In addition, abortions rose amongst Hispanic women by 9% from 1,643 in 2012 to 1,798 in 2013. This represented a larger percentage than the overall statewide trend.

According to Life Dynamics’s report, “Racial Targeting and Population Control,” New Mexico has the highest concentration of Hispanics of all 50 states.

Pro-abortion organizations like Planned Parenthood, Young Women United and even the University of New Mexico have exploited this demographic in the worst possible way by targeting them for elimination by abortion. 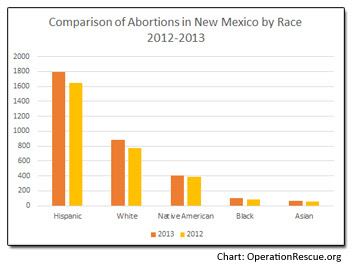 As documented in previous reports, the University of New Mexico has a sordid reputation of targeting Hispanics for elimination by abortion thanks to UNM’s Eve Espey, Professor and Chair of the Department of OB-GYN, and Medical Director at UNM’s off-site abortion facility, the UNM Center for Reproductive Health.

Espey has also worked on the faculty of the Health Sciences Global Health Program (GHP), which collaborates with the United Nation’s World Health Organization (WHO) on education, service and research. Espey’s focus with the GHP was family planning and abortion in Mexico and Central America.

Espey performs abortions up to 22 weeks and is Medical Director at the UNM Center for Reproductive Health abortion facility. Eve Espey is not modest when it comes to promoting a radical pro-abortion agenda at UNM, she is the main catalyst for this agenda according to her medical students.

As an avid promoter of abortion expansion in New Mexico and worldwide, Eve Espey received the 2014 Margaret Sanger award at the New Mexico Planned Parenthood’s 50 year celebration. Sanger was the founder of Planned Parenthood, whose beginnings were deeply rooted in a racist, eugenics agenda, as evidenced by her own writings.

Sanger once stated, “Eugenics is … the most adequate and thorough avenue to the solution of racial, political and social problems.” (The Eugenic Value of Birth Control Propaganda. Birth Control Review, October 1921, page 5.)

“Hispanic women are being lulled to their cultural extinction by following the ‘Abortion Pied Piper’ in New Mexico to the demise of their progeny. Unfortunately, pro-abortion groups in the state are doing a better job of marketing death to these women than they are in actually helping women through their pregnancies,” stated Bud Shaver.

It is up to those of us who support life-affirming alternatives to abortion to see that this deadly trend is reversed.