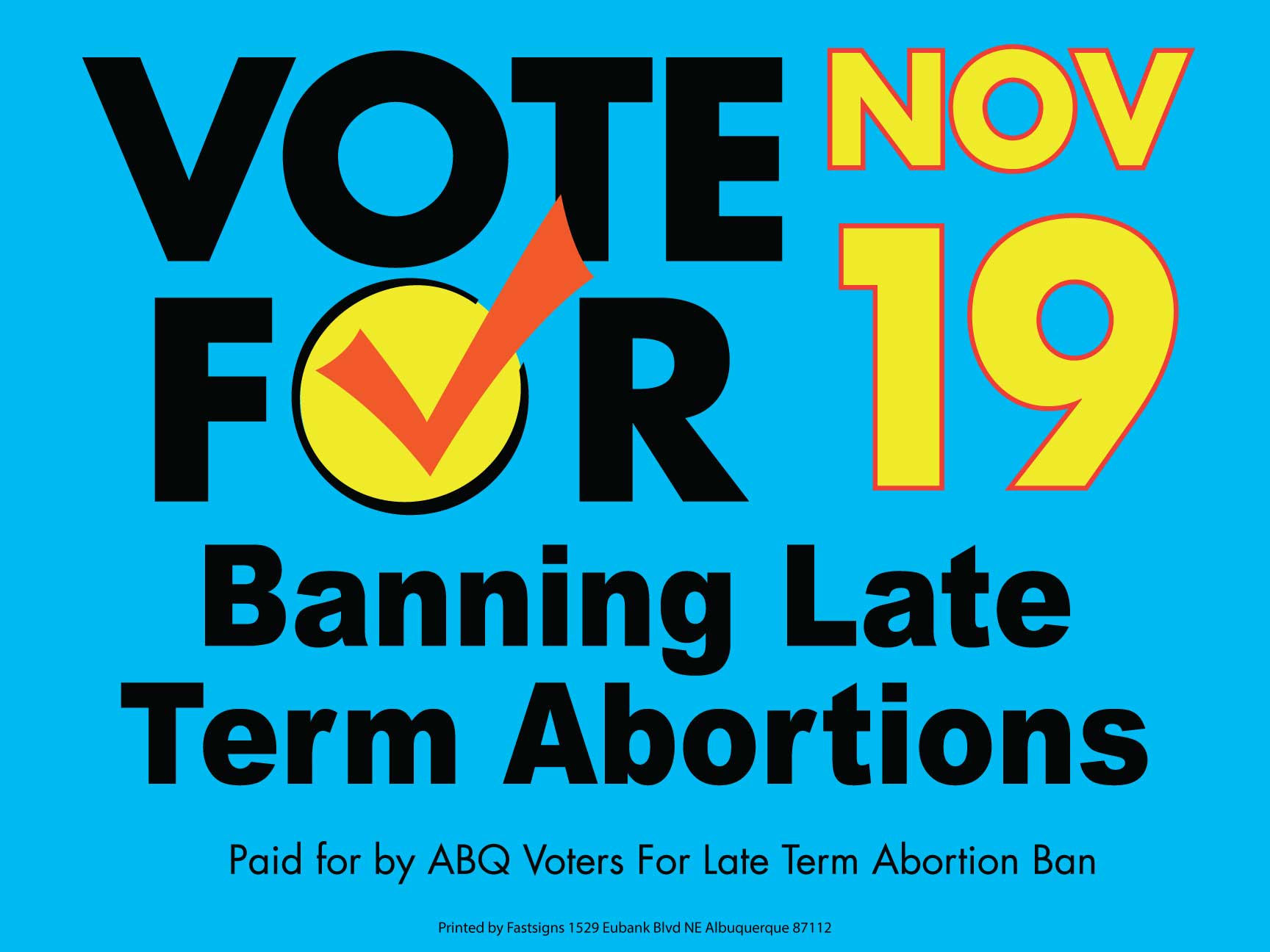 Albuquerque, NM – As of yesterday, over 25,000 Albuquerque citizens had cast early ballots in a city-wide initiative that would ban abortions after 20 weeks and is on pace to set a new early-voting record. This trend is generally a positive sign for Conservatives, who have a history of early voting.

Early voting ends Friday, with thousands more voters expected to cast ballots by the end of the week. Election Day is November 19 with a high voter turnout expected because of strong feelings evoked by the issue of abortion, especially halfway through pregnancy or later.

Meanwhile, campaign finance records show that Planned Parenthood and the ACLU have pumped hundreds of thousands of dollars into an effort to defeat the measure and keep abortions legal throughout all 9 months of pregnancy. Planned Parenthood alone has contributed $300,000 to the opposition, Respect ABQ Women – considerably more than the total amount raised by those supporting the ordinance. [Read the campaign finance report for the pro-abortion Respect ABQ Women]

“What we will see when Election Day finally rolls around on November 19 is whether the abortion cartel’s big money will over rule the will of the people,” said Cheryl Sullenger, Senior Policy Advisor for Operation Rescue, who plans to visit Albuquerque later this week to help with the campaign in favor of the historic Pain Capable Unborn Child Protection Ordinance. “We know from recent polls that 54% of the people of Albuquerque want to end abortions after 20 weeks when the babies are known to feel pain.”

The ACLU has also contributed over $200,000. Texas abortionist Curtis Boyd, who owns South West Women’s Options, the late-term abortion clinic that will be most affected by the proposed new law, has contributed nearly $2,000 personally and from his abortion business.

The campaign has attracted national interest because Albuquerque is one of the few locations where abortions through all nine months of pregnancy are done for any reason. Even Pres. Barack Obama’s leftist political activism organization, Organizing for Action, is heavily involved against the late-term abortion ban.

Voters casting early ballots have expressed confusion of the length of the wording on the ballot.

“We understand that some well-meaning people may have voted against the measure, thinking they were voting against abortion. However, in this case, a ‘For’ vote is in support of the late-term abortion ban,” said Sullenger.

ABQ Voters for Late Term Abortion Ban is conducting an intensive Get Out the Vote campaign focusing on churches where support for the measure is greatest. To learn more or to get involved visit LateTermAbortionBan.com.