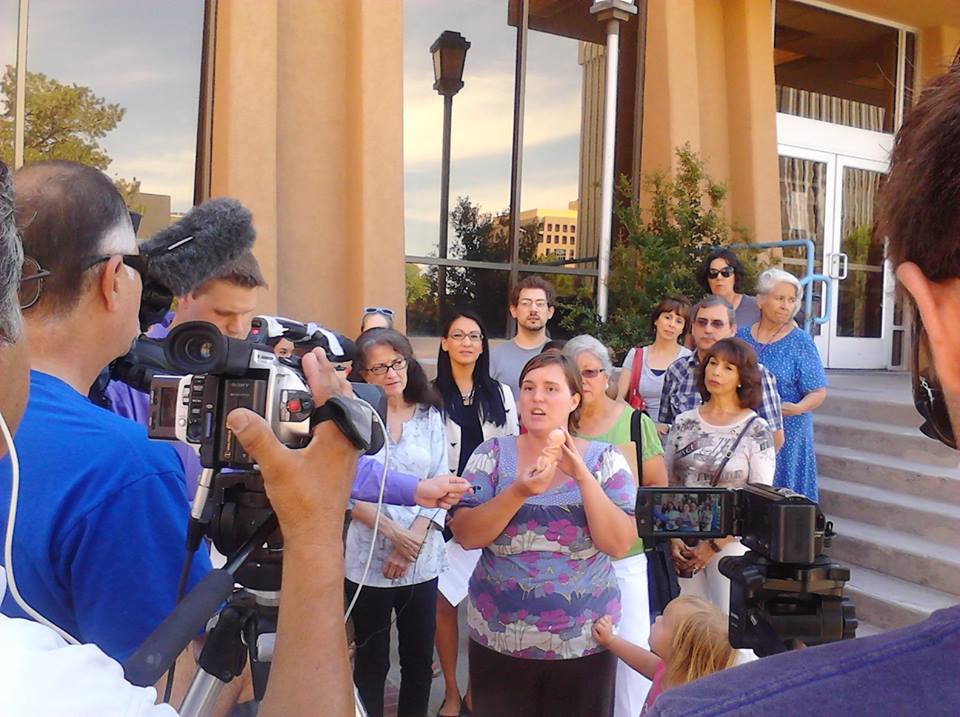 The month of July was a roller coaster in so many ways. Ultimately, however, the Christian community in ABQ let their voices be heard by signing the Pain Capable Unborn Protection petition that is sure to eliminate dangerous and risky late term abortions in this city! Our signature goal for this effort was 15,000, how good is God, He provided nearly 27,000! We rejoice in this victory and are eager to see how this effort is going to transform this city for LIFE. We thank everyone who came together to make this happen, you know who you are. 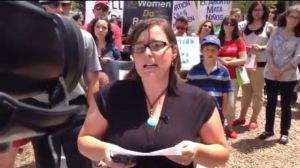 This report was written by and originally appeared at www.operationrescue.org

Albuquerque, NM – In a titanic effort that garnered twice the necessary signatures in half the required time, pro-life groups spearheaded by Project Defending Life have submitted 27,000 signatures to the Albuquerque City Clerk on a city-wide legislative petition to ban abortions after 20 weeks gestation. That number of signatures virtually ensures the proposed late-term abortion ban will be on the ballot in an upcoming election, possibly as soon as October 8.

“The concerned citizens of Albuquerque were able to obtain 27,000 signatures, well over double the necessary number, in less than 30 days! Due to the overwhelming support of Albuquerque registered voters, we are calling on the ABQ City Council to listen to the resounding voice of the people and adopt this ordinance as written and ensure that this Pain Capable Unborn Child Protection ordinance will make it onto the October 8 ballot,” said Bud Shaver spokesman for Project Defending Life.

Albuquerque is the home of Southwestern Women’s Options, the largest late-term abortion clinic in the U.S. Project Defending Life’s Tara Shaver has obtained nearly a dozen 911 calls that document all-too-frequent abortion-related medical emergencies at that clinic.

The Shavers have also obtained a consent form given to late-term abortion customers by Southwestern Women’s Options that confirms that abortions after 18 weeks gestation carry higher risks to the women than birthing a full-term living child.

Click here to read the rest of this report!

People ask us all the time if our presence out on a sidewalk day after day through the dessert heat, wind, rain and  snow is effective, well…this month out at late-term abortion clinic SWO, a Native American couple came up and showed us their beautiful newborn baby with a full head of hair. They wanted us to know that they had come for an abortion a while back but because of our presence they decided not to go through with the abortion! They never talked to anyone…our presence alone made all the difference between choosing Life over Death!

This month we also held a Pastors Summit to launch our latest effort in conjunction with our petition initiative to educate Church leaders Project 52! 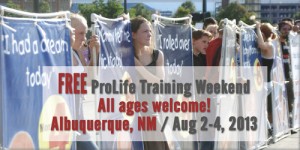 We have gathered the toughest, most experienced team of pro-life clinic-exposing, clinic-closing leaders our nation has ever seen. Together, this broad-based coalition of pro-life groups is going to sound an   urgent alarm in Albuquerque!

We are calling on the media, Christian and secular, to expose this evil. We are calling nightly town meetings to sound the alarm to reveal the awful truth about what is happening in Albuquerque.

Exposing Late-Term abortion in ABQ, and activating the body of Christ to Redeem this City in His name!

In the News this month:

~Please keep us in your prayers as we continue to be advocates for the women and children of New Mexico.

~For an end to abortion in New Mexico.

~For the conversion of every abortion doctor and clinic worker.

~For softened hearts of the women we speak to each day at abortion clinics.

~For the moms who have already chosen life and for the means to continue to serve them.

~For a continued grace filled and Christ centered ministry focus.

~For more opportunities to share the truth about abortion and it’s effects with the Christian community.

~For the Christian community to rise up out of apathy and a spiritual awakening.

~For more workers for this ripe harvest.

~For our safety in this spiritual battle.