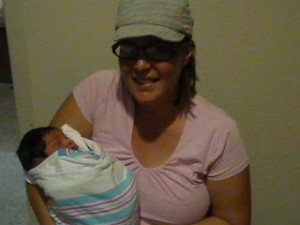 Encouraging Meeting with Governor Susana Martinez
This month Bud and I along with Fr. Stephen Imbarrato, Director of Project Defending Life, met with Governor Susana Martinez to discuss the urgent abortion crisis in New Mexico. Last month’s newsletter mentioned how we obtained thirteen 911 calls, ten of which, came from the notorious late-term abortion clinic Southwestern Women’s Options. These ten calls were placed over a 30 month time span and reveal a troubling pattern of life threatening abortion complications. The reality is that on average every 10 weeks a woman is being rushed to the hospital as a result of serious injuries inflicted by local abortionists.
The other three 911 calls were placed from the University of New Mexico’s very own abortion clinic, the UNM Center for Reproductive Health. The University of New Mexico as well as UNM Hospital are publicly funded institutions receiving funds directly from New Mexico tax payers. Another troubling issue is that the University of New Mexico is also training resident students to do abortions at the UNM Center for Reproductive Health abortion facility. The meeting with Governor Martinez addressed concerns raised by the 911 calls and also mixed messages that came from the New Mexico Medical Board.
Our concern is for the safety of women in New Mexico. We were encouraged to hear that Governor Martinez shares these same concerns. In fact, we were thoroughly impressed that the Governor’s office not only knew about the 911 calls, but had already contacted the Executive Director of the Medical Board to insure the investigation was progressing. We now have confidence that the New Mexico Medical Board is conducting a proper investigation. We were very thankful for the open line of communication with the Governor’s office. We feel confident that the Governor’s office will stay on top of pro-life life issues. Also present at the meeting were Senator Bill Sharer and Representative Dennis J. Roch.
Two More Babies Born
In September two more precious children were born as a result of God’s power and presence at work in our lives. In the photo Tara is with baby Natalie who was born on the 28th. Tara met her mom outside of Boyd’s late term clinic. She had an appointment with heart doctors at the University of New Mexico Hospital and had gotten lost. Thankfully a friend of ours who also prays at the clinics with us took her to UNMH and stayed with her for her appointment. This mom who has health concerns was told right from the start that an abortion would likely be necessary to preserve her life. However, with love and encouragement as well as monetary help she carried her healthy baby girl to term. Please continue to pray for this mom and her baby.
The second baby born was to a woman who experienced a dramatic turn around outside of Boyd’s late term clinic. You may remember several month’s ago the article done by the NM Breeze titled, “Miracle Outside of a Late-Term Abortion Clinic.” Our presence is so vital out at abortion clinics! We must speak up compassionately and graciously offer the help necessary to save these precious lives. Because we are working with Project Defending Life, we were able to provide housing and other material necessities to this mom. She also attended many of our parenting classes and grew from her experiences at Project Defending Life. These precious lives are a testimony to the power of prayer and a public witness. Without these two crucial elements these babies may not be alive today. Thank you for helping us to save lives in Jesus’ name!
Exposing the “Landlord” of Late-Term Mill…Sandia Foundation
We also released documentation this month which shows that the Sandia Foundation acts as landlord for late-term abortion clinic, Southwestern Women’s Options; owned and operated by Curtis Boyd and his wife, Glenna Halvorson Boyd. The Sandia Foundation is a respected non-profit foundation based in Albuquerque, New Mexico, with roots in the Catholic Church. They give money to Catholic Charities and various parishes in New Mexico. Also, Sandia board member Bernard “Gig” Brummell serves on the Archdiocese of Santa Fe Finance Council.
This documentation puts the Sandia Foundation squarely in the abortion business. They profit from the lease and therefore are enablers and collaborators in Boyd’s grisly late-term abortion business. Bernalillo County records show that Sandia owns the land at 522 Lomas Boulevard, Northeast, in Albuquerque, and continues to pay taxes on that property and some improvements. Curtis Boyd only pays property taxes for personal property located at that address. The document we released is an “Assignment and Assumption of Lease” signed by the Boyd’s and Sandia President and Chief Executive Officer Robert M. Goodman, who acts as “Landlord” for the Boyd’s abortion business.
Sandia Foundation was founded “to aid and assist educational, scientific, benevolent, religious and charitable institutions”, not to profit from the shedding of innocent blood though abortion. We urge Sandia Foundation to get out of the abortion business and return to the noble purpose that group was founded upon. We encourage those who have concerns about the Sandia Foundation’s involvement in profiting from dangerous, late-term abortions to contact them at gail@sandiafoundation.org, or call them at 505-242-2684. To read the documents released, go to: www.operationrescue.org/pdfs/sandia-boydleasedoc.pdf
God Continues to Provide Opportunities!
This month the Albuquerque Journal newspaper covered the 911 calls and the investigation by the New Mexico Medical Board. Tara was also able to do several interviews with local radio stations. This month we held a seminar at Grace Outreach Center, Tara was a keynote speaker for the kickoff rally for 40 Days For Life, and Bud did a presentation for a local Catholic lay organization. God continues to provide opportunities for us to share how He is “moving mountains” here in Albuquerque, NM and opportunities for people to get involved.