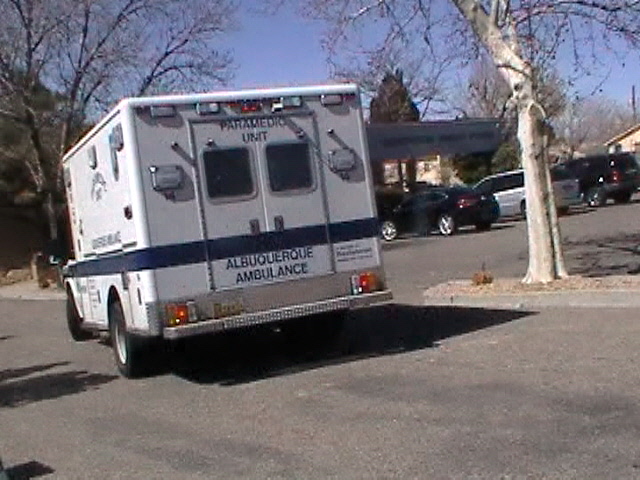 (Click on the video above to listen to the undercover call)

Albuquerque, NM — An undercover investigation of the Southwest’s largest so-called “women’s clinic” has revealed that the purpose of this clinic is not to provide women’s healthcare at all, but to sell women one product – abortion. In fact, the only option given to women at the misnamed Southwestern Women’s Options in Albuquerque, New Mexico, is abortion. Period.

So many times people criticize pro-life activists for focusing attention on local abortion clinics, citing the many other services such clinics provide. However, at Southwestern Women’s Options, a clinic that specializes in lucrative third trimester abortions, there are no other services.

Here in Albuquerque, as we reach out to abortion-bound women outside of this late-term abortion clinic, women give us all kinds of reason as to why they are going inside. “I’m having an ectopic pregnancy removed,” “I’m here for an IUD,” “I’m getting birth control,” “I’m here for a mammogram,” “I’m here for a well woman exam,” or “I am here for STD (sexually transmitted disease) testing” are the excuses we hear from women entering the clinic on an almost daily basis. Very few women actually admit to going in for an abortion to kill their child.

The heart of the abortion industry is ABORTION, not women’s healthcare. Abortion clinics are businesses and many of them like SWO only offer abortions because that’s where the money is. With all of the talk recently about protecting women’s healthcare, we must ask ourselves, “What ‘healthcare’ services are we talking about?”

Project Defending Life and Operation Rescue, recently conducted an undercover investigation to find out exactly what services Southwestern Women’s Options (SWO) actually provides women. When an undercover caller asked SWO if birth control could be obtained at the clinic the reply was, “Birth control is only available to our (abortion) patients.”

When asked whether or not annual well women’s exams like pap smears are offered, the answer again was, “No.” When asked if they screen for sexually transmitted diseases, the answer once again was no.

Most disturbingly when asked if an ectopic pregnancy can be seen on ultrasound at SWO, the answer was, “No.” This fact alone is troublesome because these types of pregnancies can be life threatening.

“That requires a surgical site to do that,” she admitted, even though the abortions done at the clinic where she works do surgical abortions all day long. Was she admitting that her facility wasn’t properly equipped to properly handle surgeries and the complications that might develop from them?

We think so, and have documentation to support it. Project Defending Life has documented 14 abortion injuries since 2008 at SWO. The most recent abortion related injury occurred on March 1, 2013. Life-threatening complications suffered by these women range from hemorrhage, to incomplete abortions where baby body parts were not completely removed, to a ruptured uterus during a 35-week abortion.

To further show that money is a motivating factor behind the abortion industry, a previous undercover investigation of SWO revealed that late-term abortions on perfectly healthy babies and babies diagnosed with Down syndrome cost anywhere from 8-16 THOUSAND DOLLARS. In fact, the taxpayers of New Mexico foot the bill 100% for these abortions via Medicaid. In 2011 alone, New Mexico Medicaid paid for 1,786 abortions at a whopping cost of $1,127,557.26 to New Mexico taxpayers.

In fact, the procedures employed during an abortion do just the opposite. For instance, the suction within the uterus during a first trimester aspiration abortion can be damaging to the uterine wall. The second trimester procedure requires that the pre-born child be pulled apart piece by piece with grasping instruments, which sometimes results in an internal organ being grabbed instead of the child. The third trimester procedure is essentially an early induced labor, after the pre-born child has been euthanized via a fetal heart attack. The drug combination and other aspects of this horrific practice bears many risks to the woman.

Abortion certainly doesn’t heal the minds of women either; in fact many post abortive women testify that mentally they are in turmoil after their abortions for many years.

Abortion isn’t healthcare. It provides no benefit to anyone, woman or child, except for the abortionists and their bank accounts. The New York Times recently published an article “The Holocaust Just Got More Shocking,” that described the Nazi “care” centers that committed unspeakable atrocities on women, including abortions, which sound eerily similar to our modern day American women’s health “care” clinics.

Should these types of clinics receive public money when they do not offer basic healthcare and in fact, have the potential of harming the health of unsuspecting women? We think not.

The lack of basic medical care provided to women at clinics like Southwestern Women’s Options and the staggering number of documented abortion injuries, not just in Albuquerque, but nationwide, should motivate all of us to be even more diligent to offer help to abortion-vulnerable women, especially at the abortion clinics themselves, because it seems that the only ones who truly care about the health of women — body, mind, and soul – are those of us outside the walls of American abortion clinics.