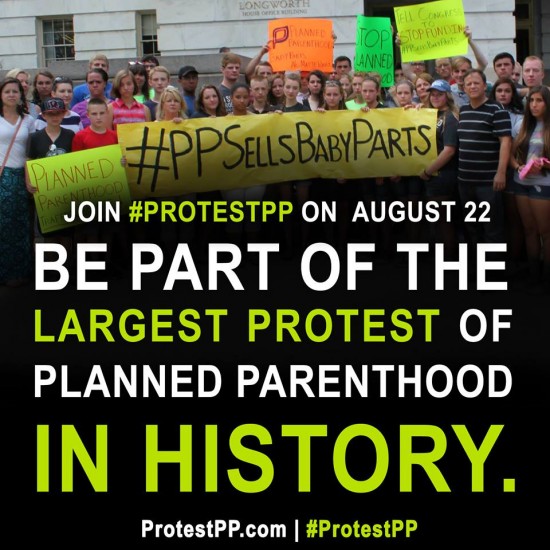 Albuquerque, NM- On August 22, 2015 over 50 national Pro-Life organizations including Protest ABQ are co-sponsoring, #ProtestPP, the largest nationwide protest of Planned Parenthood in its history.

Protest ABQ has organized the protest in Albuquerque, New Mexico and will co-lead the protest with Fr. Stephen Imbarrato of Priests for Life at the Planned Parenthood surgical center located at 701 San Mateo Blvd. NE. The protest will be held from 9AM-11AM (MT) we encourage and welcome everyone including families with children. A press conference will also be held at 10:30AM.

“It’s time for the pro-life movement to become a protest movement and recognize our civil responsibility to peacefully assemble to allow our collective voices to reach the ears of those in positions of authority. It’s time to end this barbaric injustice once and for all, the legalized murder of pre-born children in the womb,” stated Bud Shaver, Executive Director of Protest ABQ. 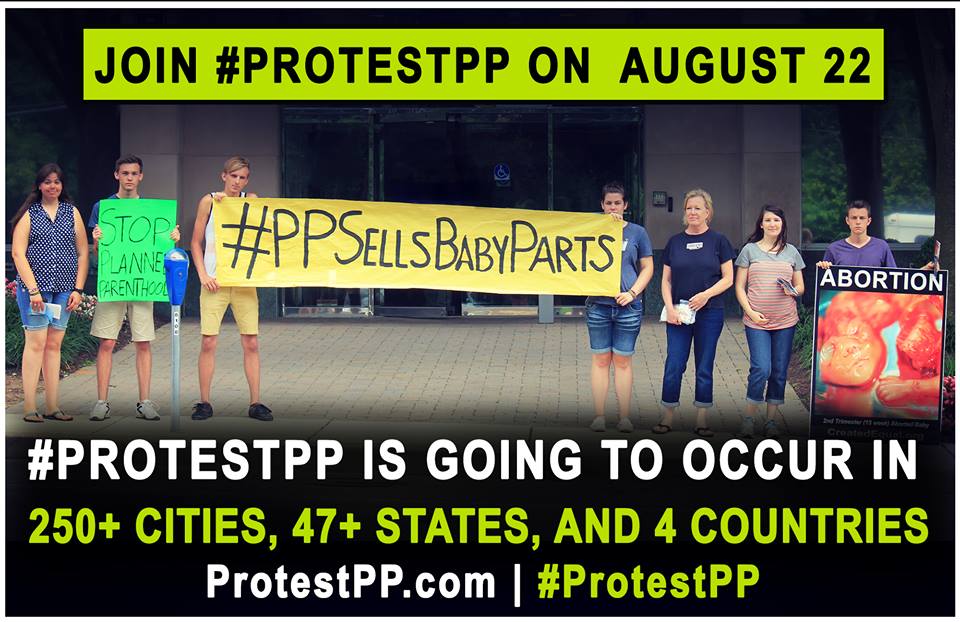 It has been reported that the radical abortion rights group, Stop Patriarchy, has called for counter protests on August 22nd. In an e-mail sent out by the group, they can muster up counter protests in only 6 (of the scheduled 280) cities nation-wide. Albuquerque is one of the 6 cities that they are vowing to counter protest.

Stop Patriarchy whose mantra is “Abortion on Demand and Without Apology,” which really equates to “I want to be able kill my baby for any reason up to the day of birth with your tax-dollars and without apology” is known for being opposed to the so-called war on women’s right to kill their children.Ironically, they ignore the fact that half of the babies killed by abortion are female and that abortion is the ultimate degradation of women who are the only gender that have the unique ability of bringing new life into this world.

Back in 2014 a small group of “rowdy” Stop Patriarchy counter protestors invaded an Albuquerque hotel to disrupt a banquet held every year by a local Pro-life group.

The disruption by the militant pro-abortion group Stop Patriarchy was caught on video.

Protest ABQ has contacted the Albuquerque Police Department (APD) and alerted them to the potential for counter protesters in Albuquerque on August 22. This is to ensure that they protect the safety of everyone in attendance and to make sure everyone’s constitutional free-speech rights are protected.

For more information about the national movement to #ProtestPP visit ProtestPP.com