HELP US MAKE HISTORY IN THE LATE TERM ABORTION CAPITAL OF THE COUNTRY!

www.latetermabortionban.com
Albuquerque, NM – In a historic effort to become the first city in America to ban late-term abortions beginning at 20 weeks after fertilization, the campaign “ABQ Voters For Late-Term Abortion Ban” launches today.

On November 19, the citizens of Albuquerque will cast their votes on the Pain Capable Unborn Child Protection Ordinance, which is supported by 54% of the people, according to a recent ABQ Journal poll. A grassroots coalition gathered 27,000 signatures in just 20 days to place this ordinance on the ballot.

“While putting forth this ordinance has been a local grass-roots effort, this election has important national implications. We believe that the good people of Albuquerque will rise to the occasion and do the right thing to protect these babies who are just a few short weeks or, in some cases, days from birth,” stated Tara Shaver, Chairperson of ABQ Voters For Late-Term Abortion Ban.

New Mexico is one of only nine states that allow post-viability abortions. It lacks abortion laws that provide even basic safety standards or informed consent, making its abortion policies more akin to those found in Communist China and Korea than in the rest of America. The largest late-term abortion clinic in the U.S. – one of only four in the nation – operates in Albuquerque.

The campaign will attract the national spotlight to Albuquerque and will focus on raising awareness through an intensive “Get Out the Vote” effort primarily aimed at people of faith. It will help voters navigate the mechanics of casting their “for” votes in support of the proposed ordinance.

Each week, women come to Albuquerque from all over the world to have abortions in their fifth month of pregnancy and beyond. Shelley Sella has done abortions as late as the 35th week of pregnancy in Albuquerque. She understands that the grisly process on nearly full-term babies has little public support, stating that the delivery of a dead baby that was killed with a lethal injection to the heart “sounds barbaric.”

“Albuquerque has the opportunity to be the first city in the nation to ban late-term abortions. Because the grisly procedures are done on women from every state, we are calling on all national pro-life groups to help us make this happen,” said Shaver.

While the Albuquerque effort is a local one, it has the support of several national pro-life organizations, including Operation Rescue.

ABQ Voters For Late-Term Abortion Ban is now accepting contributions to its Political Action Committee to fund the campaign. Donations can be made by visiting LateTermAbortionBan.com.

Albuquerque may wind up with the nation’s first local ban on some abortions after activists collected enough signatures to put the issue before voters in New Mexico’s largest city.

The Pain Capable Unborn Child Protection Ordinance proposed in Albuquerque would impose a citywide ban on terminating pregnancies after 20 weeks, similar to laws passed in at least 10 states since 2010, including Arizona and Texas.

The Pain Capable Unborn Child Protection Ordinance would ban the performance of abortions on pain-capable unborn children at least 20 weeks after fertilization. The measure would require that a physician determine the post-fertilization age of the unborn child and that any person performing an abortion on a child determined by a physician to have a post-fertilization age of at least 20 weeks would be subject to the General penalty outlined in Chapter 12, Article 1 and Chapter 1, Article 1 of the Albuquerque Code of Ordinances. The measure specifically bars enforcement of this Ordinance against women who seek, have sought, or have obtained such an abortion, instead allowing enforcement of the Ordinance only against persons performing the abortion. The Ordinance requires that, if the termination of a pregnancy after 20 weeks is necessary in the reasonable medical judgment of a physician, the physician may terminate the pregnancy only in the manner which, in a reasonable medical judgment, provides the best opportunity for the unborn child to survive unless, in the reasonable medical judgment of a physician, the termination of the pregnancy in that manner would pose a greater risk of the death of the pregnant woman or the substantial and irreversible physical impairment of a major bodily function, not including psychological or emotional conditions, of the pregnant woman. The Ordinance maintains that this measure is necessary to protect children who are capable of experiencing pain caused by abortion procedures performed after 20 weeks after fertilization. Please click on the link below to read the full text of the proposed Ordinance.

Click Here to read the Complete Text of the Ordinance!

VOTERS MUST BE REGISTERED BY OCTOBER 22, 2013 IN ORDER TO VOTE FOR THE ORDINANCE.

You can register to vote or update your registration by doing ONE of the following:

-Register with a 3rd Party Registrant Agent Contact Tara Shaver if you need to register to vote: tara@defendinglife.org 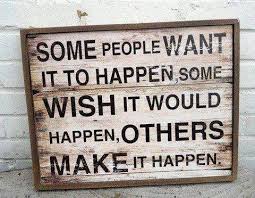 Voter registrars are available to come to your church or event to register voters. Contact Tara to make arrangements.