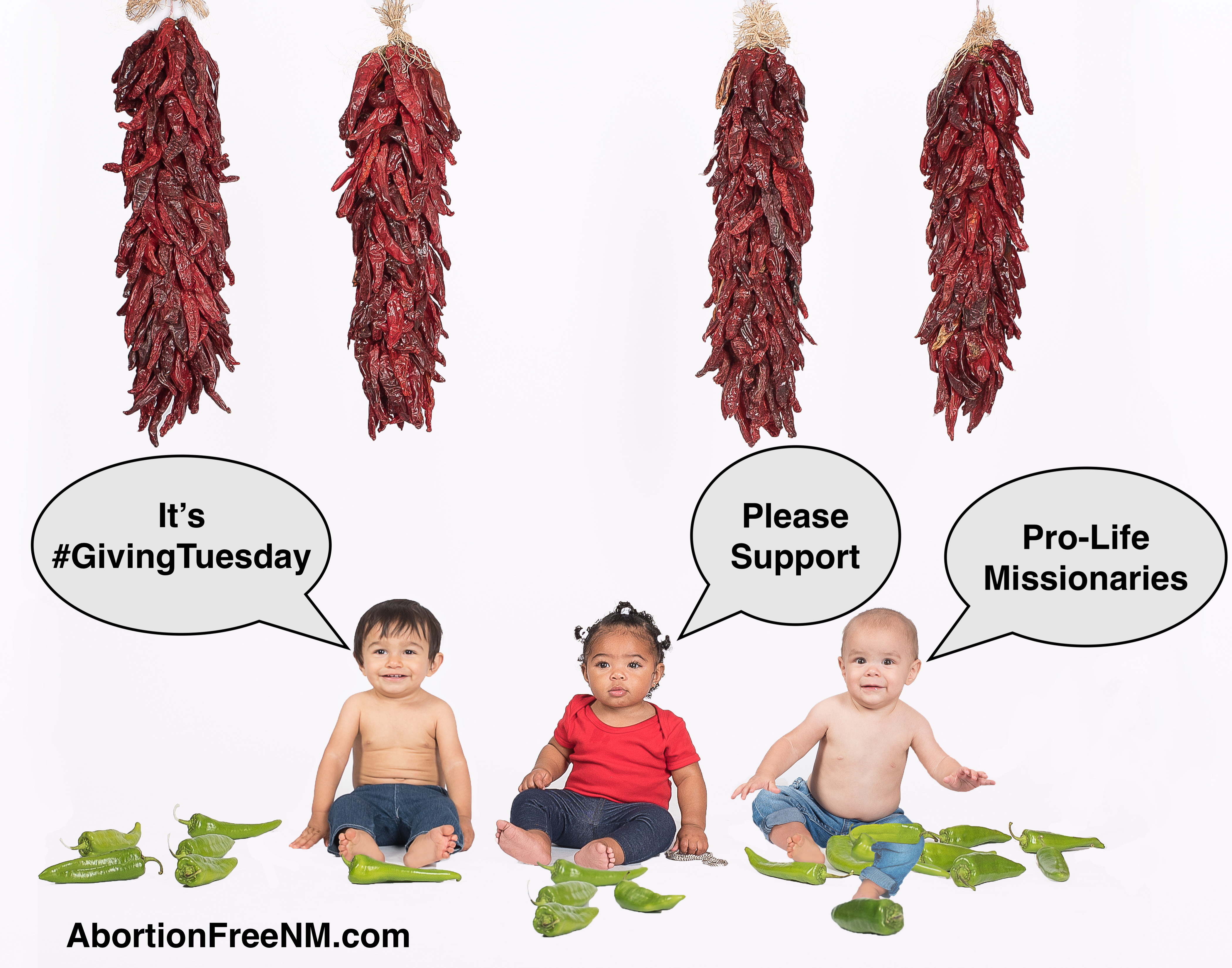 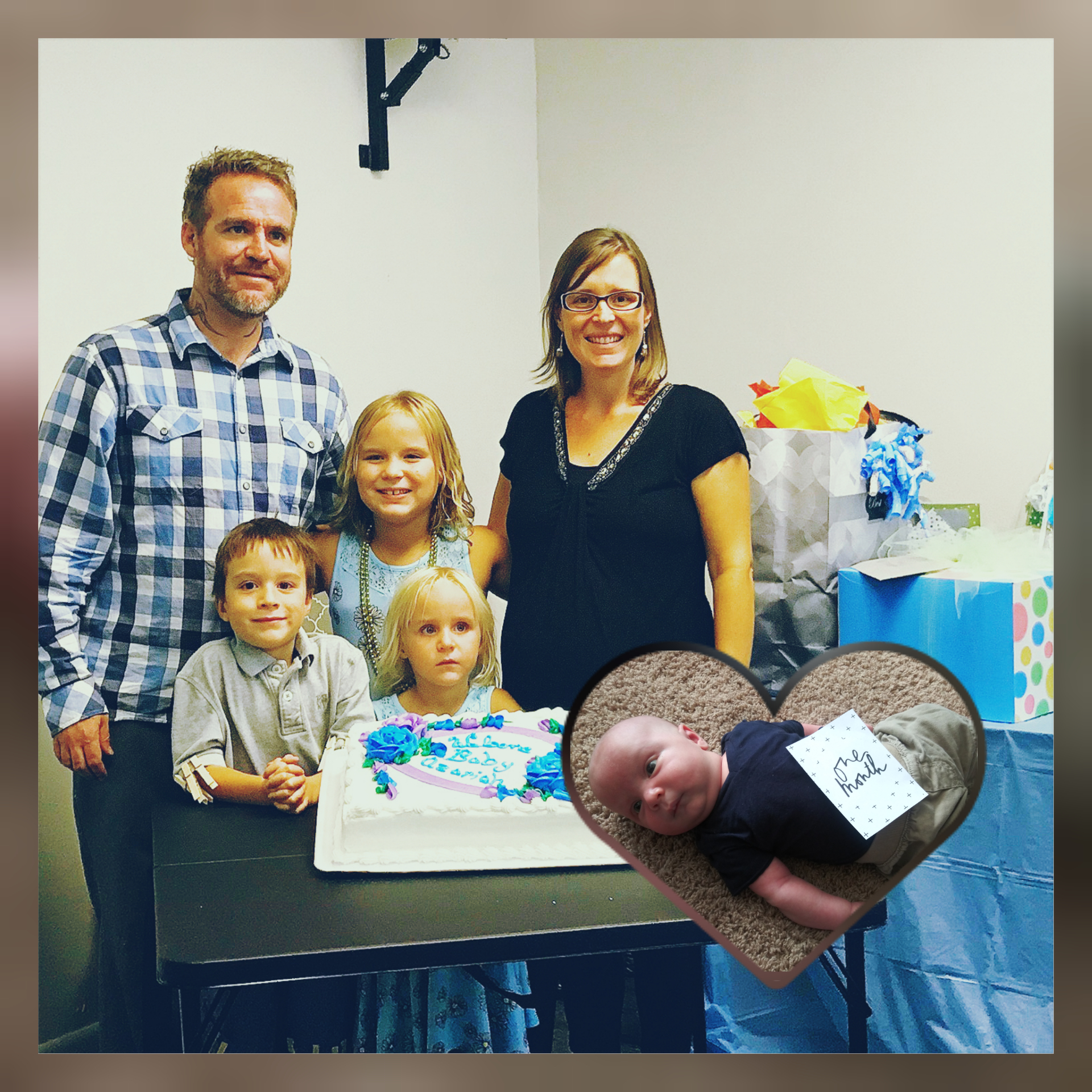 “Therefore we ought to support people like these, that we may be fellow workers for the truth.” (3 John 1:8)

Albuquerque, NM- This #GivingTuesday prayerfully consider supporting our pro-life missionary family, by doing so you become fellow workers with us in the, “late-term abortion capital of the world“, helping to make New Mexico Abortion Free.

“Bud and Tara Shaver are full time Pro-Life Missionaries serving in Albuquerque, NM Since 2010. Over the past 8 years they have been dedicated in their work to see an end to abortion in New Mexico. Their pro-life ministry began in Flagstaff, AZ and they have since worked alongside several leading pro-life organizations across the nation. They are a homeschool family with four children Tirzah (8), Eden (6), Moriah (4) and Azariah (one month old).”

OUR MINISTRY EFFORTS IN THE NEWS THIS MONTH:

On November 3rd, the Santa Fe New Mexican published an article titled, “Abortion-seekers find support in New Mexico interfaith group”. This article was meant to highlight the efforts of “religious” pro-abortion groups that help women kill their babies in New Mexico. It stated in part:

“The Shavers have made campaigning against abortion their life’s work. Albuquerque, they often say, is “the late-term abortion capital of the world,” “Tara Shaver said she finds the religious coalition’s pro-faith, pro-abortion rights agenda “ironic.”  “They support the killing of babies, and they’re helping women to kill their babies,” she said. “Being religious doesn’t buffer that at all.”

In this article, it was very troubling that the pro-aborts admit and even revel in the dark reputation that New Mexico has in a statement issued by abortion advocate, Sandra Penn, when she states, ​

“I know that in some circles [New Mexico is] considered the worst place in hell for Americans, or something like that,” Penn said. “… But we’ve got to be damn proud that this is a place that women can look to, and where women feel safe.”

Abortion Free New Mexico leader Bud Shaver, in a statement to Church Militant, said about the situation in the state, “Abortion is legal and being performed up to the the day of birth in New Mexico and New Mexico medicaid pays for it 100 percent.”Shaver continued: “We hope Catholic leadership will directly reach out to Catholic legislators and ask them not to support this radical leftist agenda. Unfortunately, in the past, Catholic Democrats have put allegiance to their party over their faith and voted against pro-life legislation, which is cause for concern as we anticipate the upcoming legislative session in New Mexico.”

Tara Shaver of Abortion Free New Mexico tells One News Now it would be a strong law — if it was enforced in a state already known for allowing late-term abortions. Parts of the measure that are enforceable include a requirement that only a physician perform an abortion, and a woman must give her full consent before her child can be terminated. Shaver says liberal Democrats who now dominate the legislature want to repeal the law, but she warns those legislators are failing to think through this plan to overturn it. “They’re really taking choices away from women,” she says, “and they’re putting women in vulnerable situations that we think that they should be protected from.” New Mexico pro-lifers are asking their lawmakers in both houses to oppose repeal of the 1969, and Shaver asks people in other states to keep New Mexico in prayer.

Thank you for partnering with us this #GivingTuesday as we work to make New Mexico Abortion Free.

P.S. If you would prefer to mail a tax deductible donation you can send it to: 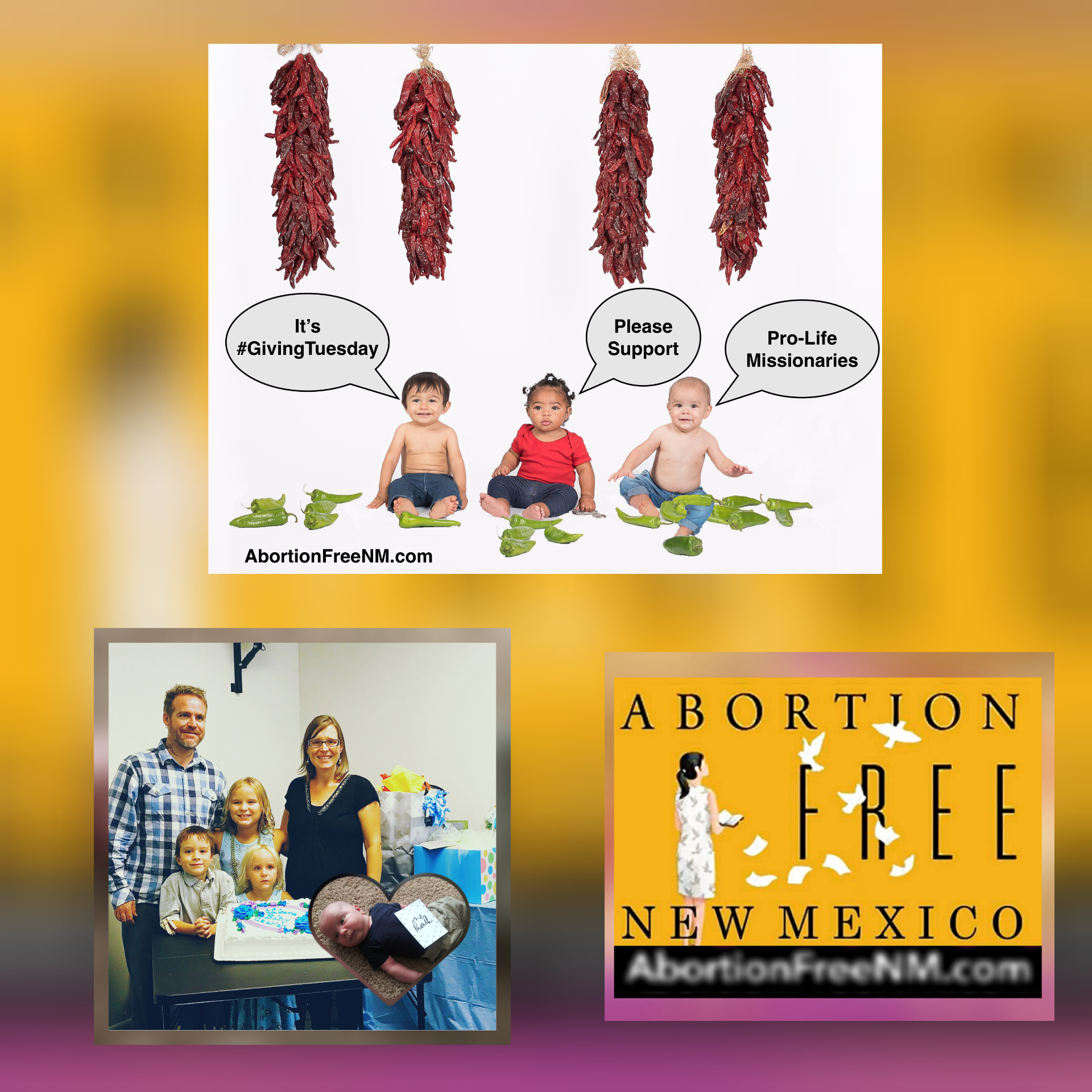